Technical problems and an appeal 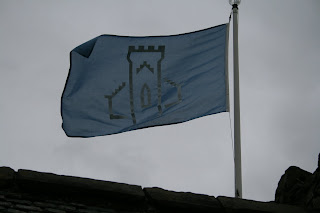 I have been off line due a computer problem. I was listening to the radio on BBC i- player the other morning when the player just packed in, followed a split second later by the whole laptop shutting down, and when I tried to restart it I got the lights coming on and then another shutdown. This repeated every time I tried to start up and it took me a couple of days to get the numbers and info for the help desk, but once I eventually managed to get a hold of them, I was up and running again in a couple of minutes. Thanks to the guys at the help desk for that!

So, what else has been happening. Well, I have decided to appeal against my redundancy. I have used the company appeal process as I was within the window of opportunity to use that but I have also been speaking to a solicitor, funded by the redundancy insurance, to assess the strength of my case, should I need to go beyond the appeal and take my case to an industrial tribunal.
I received confirmation that a solicitor had been appointed by the insurance company yesterday and the lovely G, who knows about these things through her work in Edinburgh, says that the firm appointed is the top dog firm for employment law in Edinburgh. She was well impressed with the insurance company as it must be costing an arm and a leg. Her company wont use these guys as they cant afford them. I must say it makes me feel much better knowing that I will have some credible back up and not some little back street operator who is not going to do the business for me.
I am waiting confirmation from them that they have had a chance to look over the documentation I sent them, and they accept the grounds for my appeal, which is that a fair and open process has not been followed, and that the selection criteria was again too subjective to be fair and open. _ I was part of a team of 30 people that have been treated in 3 different ways at one time - some were taken to the office and told they were being made redundant and should go home and not come back to work. They were given some extra cash to sign an agreement giving up their right to appeal. Some, me included, were taken elsewhere and seen one to one and told we were being made redundant but the company would try to redeploy as we had skills and experience they wanted to keep and the rest were all seen together and told that everyone else was out but they were safe. As we were a high performing team, we were pretty much all green performers so I feel there should have been a transparent means of selection. We should all have been displaced and told what was happening, what the criteria was and the selection criteria applied and then made redundant accordingly. My selection criteria comments when I saw them are basically a concoction of one person written to read in a particular way. I feel I can disprove more than half of them and argue against most of the rest. I'm gutted to have to do this after 30 years working for the company, but if they think I'm just going to roll over and take it without a fight they can think again.

I don't know what I will get out of it as the redundancy is pretty much the max any tribunal can award, but I am not prepared to be treated dishonestly by one person in the company and I'm pissed off that the company don't have any checks or balances in place to make sure its all above board. Ach, at the end of it I know that the company is only interested in getting the numbers down to the wanted levels as fast as possible and they are willing to wait and see what kind of issues pop out of the woodwork, and if nothing does, so much the better.
What I want to achieve is making them agree that its all been a badly managed load of bollocks process and they cant prove their comments in the selection criteria. I hope that rather than go to tribunal they will make a further cash offer to boost the redundancy fund. What I don't want is to be offered my job back as I know I couldn't go back and work for someone who clearly doesn't want me to be part of his team and is prepared to lie to get what he wants. I need to be able to score a line under this and walk away with my head high.
If anyone reads this, take one thing from it. Redundancy insurance might be expensive but its an absolute life saver in a situation like this. G and I would be in a hell of a different place if we didn't have it. No matter how good a redundancy package is, the money will soon go if you have mortgage, credit card bills etc coming out of it every month. As it is the money from the insurance will more than cover all of the bills so I can take time,especially now when there are not so many good jobs around, to find a job that will give us the money again that we need and more importantly, that I really want to do.

I feel better having got this off my chest tonight.
Listening to...........Sting, "Englishman in New York"