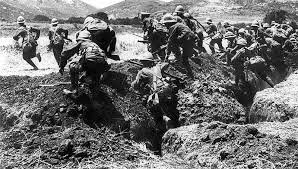 
Onward led the road again
Through the sad uncoloured plain
Under twilight brooding dim,
And along the utmost rim
Wall and rampart risen to sight
Cast a shadow not of night,
And beyond them seemed to glow
Bonfires lighted long ago.
And my dark conductor broke
Silence at my side and spoke,
Saying, "You conjecture well:
Yonder is the gate of hell."

One hundred years ago yesterday my Grandfather, Sam Robertson, 1/5th Royal Scots Fusiliers and Archibald McKinnon 1/4th Royal Scots Fusiliers, my friends Bruce and Scot Mathieson's great Grandfather, both landed in Gallipoli within a few hours of each other. These men, part of the 52nd Brigade were shelled on the beach for two days before being sent to the firing line on June 9th. By June 13th 4,800 of them were dead or wounded. A lesser known campaign here than the war in Europe, Gallipoli is marked for its brutality and the particularly merciless nature of the terrain and the fighting. The Royal Scots Fusiliers fought in The Battles of Gully Ravine, Achi Baba Nullah, Krithia Nullahs and The evacuation of Helles. 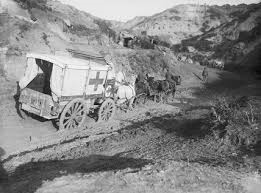 Jan 1916 Evacuated from Gallipoli to Egypt due to severe casualties from combat, disease and harsh weather. Took over defence of the Suez Canal and then engaged in the Palestine Campaign; Fought Battle of Dueidar, The Battle of Romani.

Both men lived to come home though both were injured, Archie was shipped home from Gallipoli with a bullet wound to the leg. My grandfather, who survived being shot on 3 separate occasions and was returned to the front line each time, left Gallipoli and served in France by the end of the war. At war's end he suffered a decline from the condition then known as 'shell shock'  {now PTSD}  into complete debilitation, intermittent hallucination and nightmares which lasted until his death in 1967.

Hi Al, i was thinking about our Great Granfather and what he had to experiance 100 years ago this weekend/week, thank you for a lovel post,
We have recently found out his medals are still in the family, on the Mckinnon side,

Hari OM
I have a particular interest in Gallipoli (from the Australian side of course!), but was most pleased to discover that there is a strong group remembrance here of that awful schemozzle.

I have a cousin who was RAF fighter navigator and served in the Gulf War (the first of the long mistake)... he is now pensioned off with the PTSD. You are so correct. War never ends... Blessings to you for the remembrance. YAM xx