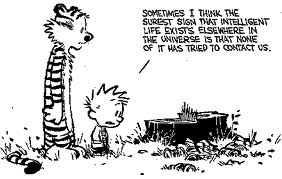 There's a grey morning being freed from the remains of night-time as The lovely G and I set out for the journey to Dunbar and her train to Edinburgh this morning. The hedge along the drive dances as we pass by in a wind not far short of howling but the drive is uneventful except for the advance notice signs of roadworks that are going to slow us down over the next month being set up a mile from the village. We get to the station in good time and G, who has been away for a few days so this is her first day back at work, looks at me with an 'Oh God' kind of look on her face, knowing that work has piled up while she has been away yet she has a full day of appointments which won't allow her to make contact with anyone leaving messages for her unless she skips lunch to cram a few calls in. This is a frequent feature of her employment now it seems.

I leave her with a hug and a look that tries to say I sympathise with her and the struggle she is going to have today. We've arranged that I'll come and meet her to go to the cinema after work so hopefully that small thing will give her something to look forward to at the end of the day's slog. {I'll have to be careful not to do my usual falling asleep routine which has become such a feature of my middle aged cinema experience. That won't go down well if she's had a hard day yet it's me who nods off at the first opportunity.}

I stop at a local shop to buy my morning 'Hootsman' newspaper and some milk and head back home. The smoke from the chimney of the cement works is flat against the sky as I pass and looks like a rag stretched out by the wind. A thick grey streak nailed firmly at 90 degrees, it could have been drawn by a child. Towards Torness Power Station the view opens out and I see Grey, Grey, Grey: sky, sea and headland all merge and the road that takes me toward them all is as grey as the rest. I drive and think grey thoughts.

Taking the side road back to the village I come round a corner and see the matronly silhouette of a hen pheasant running across the road, skirts hitched to show her skinny legs. I catch sight of her just in time to hit the brakes but even so she takes to indignant wing to get completely out of the way and in my mind she departs with an unfairly disparaging view of my driving ability. That's life I suppose. I watch her leave and return my attention to the road, keeping a wary eye out for more of her kin by the foot of the hedges that line my route back home but thankfully no more local wildlife seems tempted to test my reflex versus braking distances and the rest of the journey is safely over a few minutes later.

The garden hedge is still dancing madly away when I pass by again and finally pull up at the side of the house. The light from the kitchen door looks inviting and I'm ready for a coffee as I close the car door behind me and step up to the patio door and into the warmth.

The morning is still grey but somehow, my mood no longer is.

Nicely poetic description of the weather Alistair, hope the weather gets better. Yesterday it was 28 C here in NZ, with mostly blue skies, and a strong warm wind from the North.
I miss the pheasants. Saw them all the time when we were over in Scotland last month, but we don't have them in NZ. We get Pukeko wandering by our roads, but they're not quite as suicidal as pheasants.

Thanks TSB. Bet your glad to be home and warm again even if you are back at work. Your right about the pheasants. Thankfully they're not fundamentalist pheasants......

There are so many grey, grey, grey winter days in Northern Alberta. But your post changed my mood too. Thanks.

cheers dbs. I find my mood often reflects the weather and the weather is something I always pay attention to. I enjoy it in all its forms - mostly anyway. Thankfully I don't suffer from SAD or anything like that.

Nice ride you took us on here. It is similar to the grey mornings when I drive my lovely V to work so I can have the car for the day. It's always good to get back to the warm welcome of the light under the door. Cheers!

Thanks as usual Rebecca, That's an interesting image - 'the light under the door' - Hmmmmmn.....

I appreciate your description of the smoke trail laid out against the grey sky--likewise the image of the hen pheasant crossing the road with her feathery "skirts" riding high.
It takes determination to find interesting sights during a succession of grey mid-winter days.