Perverting the Course of Justice 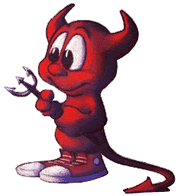 I noticed a news article this week on the launch of a new Government web site { in England and Wales only} which showed the national reported crime figures at street level. {Scotland has its own seperate legal system, Police forces and reporting system} The web site crashed a few hours after the launch due to unexpectedly {?} high visitor numbers {Like the public wouldn't be interested, never mind journalists short of a story or two?????} On the face of it this should have been an interesting site to help the public to understand crime in their areas - except interestingly people in the highest crime area listed stated loudly that they did not feel the information was accurate as they did not feel worse than anywhere else locally - but it struck me that this {public service} information was more likely to result in some other activity: activity which my cynical mind thinks was probably the root of the information anyway.

In very short time I would expect to see the few allocated police officers for these low crime areas diverted away towards the high, with a resulting downturn in police response time - and let's not forget that significant levels of 'reported crime' is actually these criminal morons reporting each other for spurious incidents or for petty vengeful reasons of their own. So expect the aforesaid response and available manpower to be applied to the area where these muppets will benefit from all the available services while the tax paying silent majority will get less.

I wonder if I should maybe suggest that our MSP's in Holyrood, instead of following suit, should instead set up a web site showing repeat offending by Sheriff Court area which would perhaps show the effectiveness of courts and sentencing as a crime deterrent.

All good points! What I don't understand, though, is how the people in the high-crime areas can dispute the number of crimes in said area? I mean, this isn't just gossip, right? These are 911/emergency calls, crimes reported? Sheesh!

Hullo Pearl, Thanks for the comment. I think they were saying that the figures didn't identify what kind of crimes were committed - it wasn't just 999/911 for instance but even domestics and minor incidents like shoplifting etc.

Love your blog! I spent a good few years living in Scotland & miss it very much even now. Came across yours randomly - it's giving me a smile - thanks!

Thanks for the nice comment. I'm glad to make you smile. Thanks for signing up for the utterances of ma wee brain cell. Grab a seat and I'll get the others to bunch up a bit so you can feel the fire.

That sounded like a wee Dougie rant there ma boy .,.,
It must have been our meeting last week that's set you off ?