The Sunday Posts 2012/The British 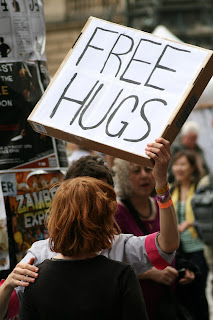 Take some Picts, Celts and Silures
And let them settle,
Then overrun them with Roman conquerors.

Remove the Romans after approximately 400 years
Add lots of Norman French to some
Angles, Saxons, Jutes and Vikings, then stir vigorously.

Then take a blend of Somalians, Sri Lankans, Nigerians
And Pakistanis,
Combine with some Guyanese
And turn up the heat.

Sprinkle some fresh Indians, Malaysians, Bosnians,
Iraqis and Bangladeshis together with some
Afghans, Spanish, Turkish, Kurdish, Japanese
And Palestinians
Then add to the melting pot.

Leave the ingredients to simmer.

As they mix and blend allow their languages to flourish
Binding them together with English.

Allow time to be cool.

Add some unity, understanding, and respect for the future,
Serve with justice

Hey, Alistair! What a wondrous mix of humanity! I'd offer you a free hug if I was a bit closer.

Hari OM
Am totally with you on this one Alistair! The words are good too. :-} Yup. Go the free hug. Read over at Indigo's place you've been a but 'under'. Trust that's not anything long lasting and that you're ready for the coming week.

Melting pot of humanity results in free hugs. Like.

As the kids here say, SWEET!
I love that. It applies to so many countries around the world now, too.

I like that line "allow to be cool", especially.
Thanks for sharing.