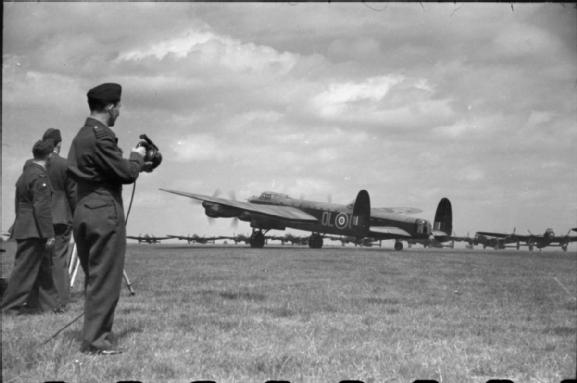 
2nd JANUARY,
18 aircraft departed Scampton mid-afternoon to attack Nuremburg. Once again, the 'Met' report correctly forecast clear skies over the target, enabling a very concentrated and highly effective raid. The severe damage caused to the important MAN and Siemens factories, together with many other industries and rail facilities, provided a near-perfect example of major area bombing. This area,which had been targetted regularly before with previously disappointing results for Bomber Command was finally destroyed.

Sadly, soon after take off, a fatal collision between PB 515 (P4-N) and NG 421(IQ-M of 150 Squadron) over Sudbrooke, Lincs resulted in the loss of both aircraft. F/O Dan Reid died with three fellow Canadians, his American Air Bomber and two RAF crew - all aged 22 or less.