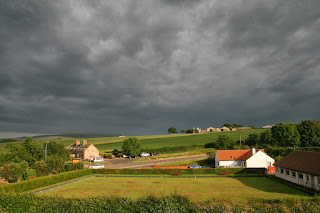 So a new year arrives and we look ahead with renewed anticipation but no clarity of vision for who can truly predict the future. New Years resolutions are made and quickly broken but life moves on in its inexorable course for better or worse, for richer or poorer. Things change and things stay the same.


Things have changed for us recently. We've made decisions and brought to fruition plans to make the present easier and the future better by selling up and downsizing from a large detached house to purchase outright a small, semi-detached house at the top of the village we've lived in happily for nearly fifteen years. No more mortgage payments, no more stress and worry about making ends meet and no more hefty bills for heating such a large house from liquid petroleum gas, which had proven to be fiendishly and painfully expensive. Many Winter nights in our last house we simply couldn't afford to heat the place and instead added layers of clothing and climbed under duvets together to watch TV from the couch and venture out from the warmth only when necessary. It's wasn't a comfortable or dignified way to live but financially we had little alternative. But that is behind us and life moves on. 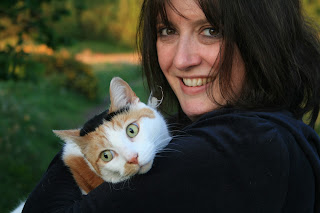 Of course there are small sadnesses in leaving the place we'd spent nearly fifteen years in. A house we shared for the majority of that time with two marvellous little characters in the shape of our cats Bailey and Jess. The gave us many smiles and me more than a few tales for the blog, especially back in the days when I had plenty of nothing but time on my hands after being made redundant. I spent many late nights and very early mornings blogging away accompanied by one or other of them, either prowling close by or draped in a more intrusive way across whatever I was trying to do. I often think of and miss them but life moves on and part of that process is loss great or small. Life teaches us to appreciate moments and cherish memories. 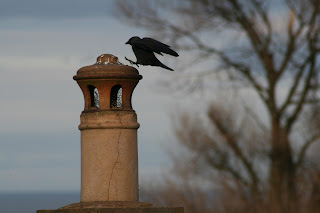 I'll miss the garden too. I enjoyed prowling around its private corners, often barefoot when weather allowed. I'll miss the fruit trees and their annual gifts of pears, plums and apples and I'll miss my friends in sparrow squadron as I came to call the argumentative families of the commonest birds here, but I'll miss those many other visitors too, birds who could always rely on a feed or a drink from spots around the garden and who in return gave me hours of shared companionable curiosity. I won't miss the amount of work needed to maintain the garden though, especially the effort needed to cut the hedge that stretched across the front of the house and drive before turning down to the road. That was a job I came to hate. 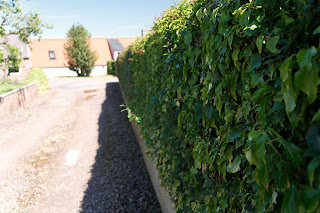 I'll miss my pal the old pear tree that stood at the front of the house and dripped its leaves and sometimes its fruit across the roof of the car as we'd pass under coming up the drive. A gentle touch like a comforting caress that said "You're home now." I came to appreciate its rough character and what it must have stood witness to in what we found to be about 125 years of its life. It must have seen some changes but surely also saw that in our ancient village, much also stays the same. People come and go - I was undoubtedly only one person in a chain of others who had tended and cared for the old tree, many perhaps like me who came to cherish her ability to listen well and keep her council and my worries told in confidence. I hope that there is now another in the chain who will appreciate and enjoy her and keep her in good fettle as I tried to do. I would be upset to hear she came to harm but life changes everything and my ability to influence that is passed. 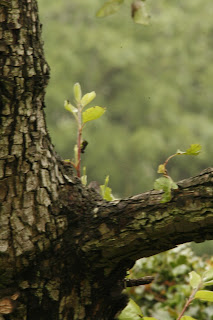 I won't miss our old house, although I will definitely miss its space. Somehow I never thought of it as anything other than a house despite my attachment to the site it occupied. We had lots of great times there but I never felt attached to the house. I never thought of it as 'home'. Maybe because we had always spoken about moving on at some point I never made that emotional connection, unconsciously protecting myself from feeling any loss over it. Who knows? 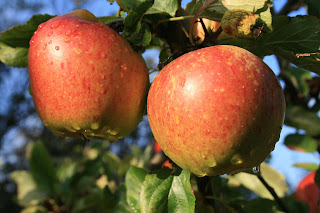 So we moved on. Now we have a house at the top of the village. Oddly, an older house but in a newer space for while our old house was newer it stood in an old spot while this is an older house but in a location of newer houses. Having said that we have a house from the 1700's just three houses away but that too is new compared to our old near neighbour of Sparrow Castle with its foundations from the 1200's. Now instead of nestled in the heart of the village we stand at it's edge and look out to sea over the heads of most of the village. 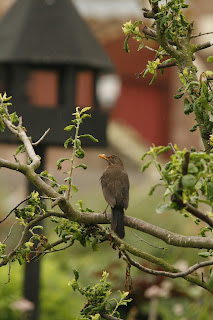 The 'new' house isn't old. It's only 60 years old and for all that time was lived in by one lady who lived independently here until well into her nineties. The house is small but well cared for and has a feel more appealing somehow. It needs time, money and effort invested but we can do that. In the few weeks we've been here it's begun to tell us its story and perhaps to hint at what it could be. We in turn have listened carefully and changed our ideas completely from what we thought might be done initially. There's still space to build a two story extension at the side but apart from that we will be less disruptive and more respectful of what we now feel is the integrity of the place. The garden is much smaller and made to be looked after by someone elderly. It will change. We can let it grow into something else. It too will tell us in time what it should be and that will no doubt be different to what I now think it could be. Time will tell and we will listen. In the time we will be here we will appreciate and we will cherish. Birds will be fed and at some time down the line fruit will be grown. I may try and get a cutting from my old friend The Pear Tree. It would be good to let her see new things. It would be good to still have her to talk to and shelter the new arrivals who arrive hungry or thirsty.

While many things change much abides.  A new year begins and we look forward with unknowing anticipation to what may be. We make plans but who can knowingly predict the future.

Life changes everything and nothing at the same time.
at January 01, 2016

Hari OM
HAPPY NEW YEAR IN YOUR NEW HOME A & G!!! ... Maybe a new cat to go with??? You are each other's home; the house is just a place to stay - but I sense here that this one is going to be more 'yours' and years have nothing to do with it.

Blessings and all best wishes for 2016. YAM xx

Wishing you happiness in your new home. I like the thought of a bit of the pear tree accompanying you and hopefully a new cat too? We still hope to downsize from here - we've been on the market for over 7 years now, a bit on and off when we've had work done. Perhaps 2016 will be the year for a new - and smaller - house for us too.

love, happiness and many good wishes as you listen to what your new home tells you. Congratulations! <2