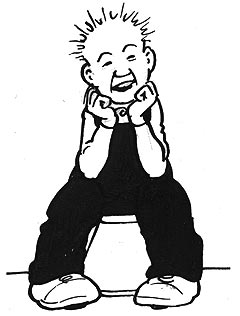 Yesterday on our shopping trip {which itself came after a visit to the cinema to see 'The Way Back' and which I would highly recommend} I picked up a couple of books with some of the book tokens I had been given at Christmas. People know I'm an avid reader and after a few years of buying books for me, even cookery books as I'm an avid cook { or more accurately eater} too, have now resorted to giving me book gift cards which is great. Sure there's a bit of regret that instead of finding a gem that I might not have chosen myself among the Christmas loot I have to go and root them out myself, but in general I'm more than happy to be able to avoid some of the less accurate choices that have been made for me in the past. If that sounds ungrateful, it's not meant to be. Rather I'm glad that folk haven't spent effort and money on finding that something that I know I will probably never read.

Yesterday I picked up a book on the WWII airfields of East Lothian and another one which I have been looking forward to getting for some time. It's a book of poetry by Norman MacCaig, one of my favourite poets. I'd never been much into poetry when I was younger even though I was introduced to MacCaig in 2nd year of high school. It was something that I felt we were forced to read as part of the course and it didn't do an awful lot for me at the time.

Or so I thought.

I did remember very clearly two of his poems; one on St. Francis of Assisi and the other about being on a train and feeling the landscape pouring out of his eyes as he was dragged backwards into the future. It was this second poem, called 'Crossing the Border' that years later pushed me to find and read some more of his work and that was a revelation.

Norman MacCaig OBE {1910-1996} was born and lived in Edinburgh but had close family ties to the highlands. His work is, to me, very Scottish and very simple, yet he is so good with words that he paints some marvellous pictures and Jings - does he make you think and make you feel too. I thought that I might post the odd poem or two that I most appreciate now and again, perhaps on a Sunday. This links in to the blog and my 'Oor Wullie' avatar as his cartoon column was carried - and still is - in a Sunday newspaper called 'The Sunday Post'.

Here's the first poem in the book.

I don't learn much. I'm a man
of no improvements. My nose still snuffs the air
in an amateurish way. My profoundest ideas
were once toys on the floor. I love them. I've licked
most of the paint off. A whisky glass
is a rattle I don't shake. When I love
a person, a place, an object, I don't see
what there is to argue about.

I learned words, I learned words but half of them
died for lack of exercise. And the ones I use
often look at me
with a look that whispers Liar.

How I admire the eider duck that dives
with a neat loop and no splash and the gannet that suddenly
harpoons the sea. - I'm a guillemot
that still dives
in the first way you thought of: poke your head under
and fly down.

Listening to John Denver, 'Sunshine on my Shoulders'

A book on our WW2 Airfields!, have to get a copy!, who is it by Al?,
I got a Battle of Britain book for xmas from big bro which im looking forward to reading.

and you can borrow mine anytime.

So now I'm going to have to start googling Norman MacCaig, I see. If all of his poems are like the one you posted, I think I might be hooked.

Love that line "my profoundest ideas were once toys on the floor."

TWD,dbs, I'm glad you enjoyed the poem. His simplicity is just so effective isn't it. He had a ferocious intellect to convey so much with so little.

Hi,
I've just come across your blog after randomly following links from other blogs. Just wanted to say, after browsing through some of your posts, how much I've enjoyed reading it! I'm very new to blogging (and still not sure if it's really for me to be honest)I'm hoping that I'll eventually learn how to master the art - would be happy if I could manage it half as successfully as you have!

I like that bit about licking the paint of his most profound ideas - what a gem! Thanks for sharing.

Huulo Jane - thanks for stopping by and leaving a comment, especially such nice words kindly spoken. {You can drop by anytime} Much better than some of the abuse I get from some commenters {Scudder anyway!} Please drop by again. I'll make the others squeeze up so there's room by the fire.

I wonder why that poem makes me think immediately of my Grampa Mac...perhaps in part because he saw no need to argue or defend his ways.

Hullo MM - there must be a great deal of satisfaction in knowing or accepting who and what you are. Sadly it's a certainty that eludes most of us in modern times of continual self assessment and need for 'improvement'.

What a beautiful poem Al. I shall have to look up some more of his work.

Enjoyed singing along to the John Denver song - I'd forgotten all about that one . . .

I've not found it easy to find his work online I have to say. I'll publish another poem tomorrow though.

It was you that made me think about JD. He's an overlooked talent in many ways stuck into his C+W niche.