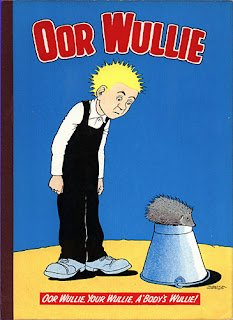 We have been without heating, hot water and power for our gas hob for 5 days now since we completely ran out of gas in the house tank at the bottom of the drive. We use LPG as we are not on mains gas and have since found out that our bi-monthly gas delivery didn't happen during the snow around Christmas time and our supplier didn't prioritise us for an emergency delivery after comparing annual usage for the same time last year. Apparently we should have just made it through to our next scheduled delivery date next month. Shame they didn't factor in that due to the weather and since we had been up to our backsides in snow for three weeks, there was a chance we might have had the heating on a little more than normal. Now having called their emergency line on Sunday - to find it operates Mon - Fri and 9-5 only -which is of course when all emergencies happen - we have been waiting more than the three days they advised would be the longest wait for delivery. Having called yesterday we have been told that a delivery is not scheduled for today but they would try and arrange an engineer to make an emergency call to top up the tank via bottles. Late last night their web site delivery checker suddenly updated to say we are now getting a delivery today.

It's incredible how much normal life depends on things taken for granted. Having no central heating,, no gas fire. no hot water and having to rely on the electric oven for all our cooking needs over the last few days has shown up the dependant nature of modern life. We have been boiling kettles for washing ourselves and I have spent the last three days wearing several more layers of clothing than normal indoors including a fleece. Yesterday although the weather online said it should have been otherwise, I spent most of the day chilled and freezing under a duvet on the sofa feeling sorry for myself. The combined effect of several days without heat had drained me - who has shall we say a protective layer of  'padding'  - so much that even when I had heated up, if I had to move and come out of my little indoor igloo I felt chilled immediately. Having just recovered from the mother of all chest infections I was worried too that I would succumb once again. It certainly put into perspective the effect of winter cold on the elderly and infirm, especially those who struggle with heating bills on low incomes and worry about their ability to pay or the effect of getting into debt. I was glad too that we didn't suffer some of the electricity power cuts that this area is prone to during winter time - another debilitating oddity of living in this rural area even though we are just a few miles from a nuclear power station. Strangely this winter has been free of this idiosyncrasy which most winters plunges into occasional darkness, often for days at a time.

But now the lovely G has called to say that she has passed the gas lorry as she left the end of the drive on her journey to Dunbar station and that I'll have supply soon from our lovely gas supplier.

I can almost forgive them for putting up our gas price - which as it's not mains gas is not covered by the gas and oil industry central price monitor - by a stunning 49% in the last year.

Er - no. Actually I can't forgive them for doing that. They are a bunch of lying, cheating, money-grabbing racketeers and I'm glad there was an investigation into the pricing of 'off-grid' gas announced yesterday by the office of fair trading.

I wonder if I could make a bet on anyone getting a refund - or an apology!

This sounds brutal. Hope it all works out soon. P.S. Thank you so much for the Chewin' the fat laugh. Loved it.

That all sounds awful! I hope you're back cooking with gas now - and I totally agree that we are being ripped off left, right and centre. We have to use kerosene for our heating and are staggered by the difference in our bills compared to last year. Aye, the auld arran jersey's been coming in handy when we've been trying to save on the bills!

Thanks everyone for the kind wishes and sympathy for our plight.

I should have seen there was no delivery of course, but we pay a standing monthly charge and nothing like this has happened in the eight years here to date.

The gas was delivered yesterday and I was looking forward to a hot shower. Unfortunately since our boiler had been redundant for a few days it decided to go off in a huff when asked to get back in harness so no hot water yesterday either - but at least the gas fire and the hob were back in action.

The gas man is due shortly to check it out.

{oddly my lovely G managed to resurrect the boiler last night after me failing to do so all day. She did that old geeky switch it off leave and switch it back on again that I had tried several times, except it worked for her first time. All it needed was a womans touch. So much for machismo! Grrrrr.... lol}

I feel for your plight - but I've got to tell you that I got more than one chuckle out of this post. You do have a way with words (by the way, she might not appreciate that you've announced to the world, "lovely G has called to say that she has passed the gas"). :-)

Sounds as if you're back in warmth now. Always a good thing. It was bitterly cold in Atlanta for two or three days this week, but temperatures this weekend are supposed to approach 70 (that's like 20 or something to you metric peeps)!

Always happy to entertain TWD. Glad you enjoyed it......

All the right words for that post are in there but some may not be in the right order of course!

Cheer up, Alistair, summer's coming. But, since I lived in Iceland, I'm not so sure it's gets terribly hot your way. Or does it?

Hullo Al - Welcomew and thanks for stopping by. Although Scotland not known for being hot it does have its moments. Unfortunately they usually ARE just moments....... Because we've got sea all round, mountains in the west gather rainclouds which tend to drop lots of rain on us. Look on the bright side....we'll never run out of water thats for sure.

And although I'm quite curmudgeonly it usually firmly tongue in cheek.

When our power is down, we have no water (we have a well with an electric pump) and no central heating (forced air), so yes, when the power is out we feel a little panicked and sorry for ourselves, too. We had a power outage recently for a mere four hours. We survived but I had a sick child to keep warm at the time. So yes, it really makes one think about our dependence on these sources of energy...and wish for a wood stove!!!