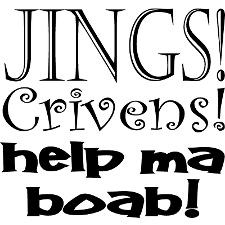 Today I find I’ve got the time for writing a blog as I’ve been down to Liverpool for a training course on writing and reviewing fire risk assessments. This means I’ve a few hours to kill on the train and for once I’ve brought the laptop with me so I’m sitting at a table as I whizz backwards through the countryside in the gloom of a Scottish summer at 70 or 80 miles an hour, typing away and listening to some great music pouring out of my headphones.  I’m not sure but from some of the glances that have come my way I may have been singing along. It’s not a pretty thought, so if you’re reading this and have just spent three hours beside a nutter singing out loud on the train from Preston to Edinburgh then I sincerely apologise

It’s not like me to be organised but for once, after just 53 years of practicing, I have my act well and truly in order, at least in one tiny way. I’ve made use of some odd bits of time here and there to organise scheduling of ‘The Sunday Post’ poem blogs right through to Christmas and have several more sitting ready to schedule to start off 2013. It felt very odd to be sitting here in July posting a blog for Dec 23rd even if the weather is more reminiscent of early winter with the last few weeks of record rainfall.

The poems are the only bit of the blog I’ve consistently planned in advance and usually I manage to keep a week or so ahead, but for once I found myself with a list of poems in mind and some time to both get them transferred into blogger and to organise them into a preferred chronology of sorts for scheduling. Not that the order makes any sense because of structure or anything like that. I like to be organised with the poems so that there is always a regular posting to cover the event of work interfering with blogging or, as is sometimes/often the case, I find inspiration has deserted me. As far as ‘normal’ posting is concerned I tend to just bash away with whatever is in the brain cell at the time. That seems to work for me for the most part. The only exceptions to this are the Scots history tales as they tend to need a bit more in the way of research and structure is more important to make sense. These have been missing of late because they tend to take a while to research and organise and I find myself writing and rewriting to make things clearer or to flow better.


Time for blogging has been sparse recently and has coincided with one of those spells where inspiration has been posted AWOL too. I’m not a naturally ‘creative’ kind of writer so imaginary tales or situations aren’t really my thing even though I do like to read a lot of fiction. In the past I often posted tales of interaction with Jess our cat, which proved popular, but work has separated Jess and I to a fair degree and she now spends much more time with The Lovely G so I am bottom of the list of preferred partners. Being bottom of a list of two isn’t too bad I suppose in the big scheme of things. I suppose there are tales to be told of working with Autism Spectrum disorders but I have hesitated on this so far. Beyond the obvious protection of privacy and dignity I’m not sure if that’s a topic I want as part of what’s been to date simply a personal blog. Actually, having just written and read that off the screen, I’m pretty sure I won’t be writing about that. The potential pitfalls may be just too great.

Despite the bad weather, the summer {?} is marching on and the annual cycle repeats itself as Edinburgh braces itself for The Festival. Venues are beginning to put out hoardings and billboards are jumping up all over promoting everything from circus acts to ladyboys or the huge influx of comedy shows.  For me this is the best time of the year to live within easy reach of Edinburgh. I love the city at festival time and, while normally I would grump for Scotland about queues or rude tourists or shop assistants or creaking public transport or a myriad of other things, I will happily choose to spend days among the crowds, put up with being jostled while queuing for anything from tickets to drinks to a place at a public convenience and happily point lost souls in the direction of castles, toilets, pubs, clubs or shows and revel in making conversation for a while with people I would never normally talk to or may never meet again.

My personal highlight to The Festival is the Edinburgh Book Festival, the world’s largest book festival and destination for literally hundreds of authors of all genres to come and meet the public. British authors are a huge part of the book festival and I enjoy going to see a few regulars every year: Ian Banks, Ian Rankin and Christopher Brookmyre. These Scottish authors are constants at the festival and are some of the hottest tickets for us parochial Scots. Luckily as a ‘Friend of the Book Festival’ I’m able to get tickets in advance of public release which guarantees me two tickets at any 10 events I want to see. These three are always the non-negotiable first on the list as they are some of the finest raconteurs and ad-hoc responders to unexpected questioning from the audience. Ian Rankin and Christopher Brookmyre have particularly Scottish voices compared to Ian Banks but he is probably the best of them all in terms of what he is willing to give to the audience. One of those people you would love to spend an evening in a bar with – although he could probably drink me under the table. We share a love of single malt whiskies and his book 'Raw Spirit' - about touring the distilleries of Scotland on assignment to find ‘ the perfect dram’- is one of my favourites as it’s a highly personal tale of the jaunts and japes that often took place while enduring the hangovers that attention to detail in an assignment like that seems to have demanded and covers not only his love and knowledge of whisky but of his love of Scotland and its 'great wee roads', for cars and motoring, family and friends and all in his unique style of inquiry into those crazy trains of thought that sometimes come through in his writing.

This year the festival has potential to be extra fun as I get to go exploring with my new telephoto lens which promises to be ideal for some of the candid people shots that I love to take. Since getting my newest addition to my camera kit I’ve not really had the chance to get out and about and find out exactly what my 150 – 500mm telephoto lens can really do. Weather and work have conspired against it.

Oops - time's marched on  - and I've been goofing off doing other stuff as well as writing a bit now and then - and the train is coming into Edinburgh. Time to pack up and get on my way home.

Hope you had a fun trip to my home city, Alistair! I hear Liverpool has been incredibly rainy this summer too. Hope you all get a sunny break across the UK soon......Sounds like we share some favourite authors too. I love Ian Rankin, and am actually reading "A Good Hanging" at the moment. A friend of mine from Aberdeen (my 2nd home) started sending me some Stuart MacBride books recently & I'm really enjoying those too.

That was an interesting 'catch-up' post. Life situations and time priorities change more than we can anticipate. I expect you are relieved to be emplyed again, but there went the contemplative time for writing and research.
I am most impressed that you've organized the Sunday posts so far in advance.

I think we've all had our fair share of it this year Nicky. It's been what we Scots call 'driech' this summer so far - but at least the midges don't get to come out often! Mind you, the wee buggers are tucked away in the wet grass having lots of nookie so there will be a bumper season to suffer sooner or later.

Not much of a grip I know MM, when work gets in the way of blogging, but combined with spending time with G and doing what little I do in the garden etc and trying to fit in some photography, it's had an effect. As much of my writing is observational, I feel I'm a bit constrained at times. But yes - I'm most definitely relieved to be 'constrained' a bit!

Looking forward to the poems, the pics and as always, your words.

Thank you sir {bows} too kind!

I enjoyed imagining you on the train typing away, and perhaps singing aloud a little...:)

The Edinburgh Festival has been on my bucket list since I first heard of it. It sounds like an excellent time. Lucky you! I just wrote about one of our local festivals, too, which is definitely a highlight in the year. Wishing you a fabulous time, and looking forward to the photos.

Sorry for being so absent as of late...catching up on all my favourite blogs today.

Rebecca - better to imagine my singing than endure it I assure you. :-D

You should try the Edinburgh Festival - it's quite something! J hope the weather is better though. You feel sorry for sodden tourists { as opposed to sodding tourists of course!}

Dammit, I thought I left a comment already! Actually, I know I did! And I tell you what, greatmate - it was bloody funny. Roth