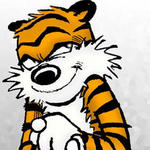 My father and I sat in the corner of the long lounge bar of the Cherry Tree Inn, each nursing three-quarters of dark beer topped with the remains of the foaming head that showed it had been expertly poured by the barman now leaning his elbow sociably on the bar as he chatted with a couple of regulars. Dad and I sometimes dropped in here from the next village where I’d been brought up and he and Mum still lived. Not often enough to be considered regulars but often enough that the barman would greet us with a “Hello again” and ask how we’d been since our last visit while he poured. Normally we would have gone to Dad's favourite place, a lovely little pub out in the rolling countryside, but tonight he’d wanted to stay closer to home.


We were probably talking about something fairly inconsequential: like why the beer was called 80/- {eighty shilling} as that’s how much a barrel of it would have cost when the beer originally came on the market. There were various beers named like that and Dad always liked an occasional ‘pint of eighty’ while I would sometimes go for a 60/- instead. These were never big drinking nights. Neither he nor I could be described as any kind of boozer. A pint would last an hour of easy conversation: two would be a rarity before we made our way the couple of miles back over the hill to home. These nights had become more important to us after a heart attack some time before and we both enjoyed affirming our closeness in this way. Just the boys out together for an hour or two, usually just the two of us, but occasionally my older brother would be able to come and join us too.


I lived a couple of hours drive away on the other side of the country but I tried to come through every other week or so for an overnight stay if I could. Mum would be glad I’d take him out from under her feet for an while as they could be a sparky combination and an hour in my company ensured he would come back chilled out – an effect that could last for days apparently.  Sometimes we’d play pool on the table in one of the back rooms, but tonight we were just sitting talking. Our drinks slowly drained and eventually Dad got up to go to the loo which usually indicated he’d be looking to make tracks for home fairly soon. While he was gone I people watched the interactions around the bar and the comings and goings of Friday night in this popular wee bar. The door tinkled its bell as two men came in. They were in their fifties, one taller and heavier than the other, a lean man of below average height with a shock of unruly greying hair tumbling down to the shoulders of his pale jacket. They found themselves the last two high stools at the bar and ordered drinks while they remained deep in conversation.


Dad returned, no doubt making his usual old man comment about having ‘needed that’ and we started talking our way through the final inch in the bottom of our glasses. A few minutes later he glanced up at the bar and his head perked up, a sure sign he’d seen something interesting. I was just about to ask what when he reached into his back pocket and took out his wallet and pulled out a fiver. He added a pound coin to it and thrust it at me.


“Och, let’s have another half, eh? There’s no need to rush back home is there?”


I made some sarcastic comment about not realising it was Christmas in acknowledgement of his munificence and asked if he was sure - to which he nodded, still looking towards the bar.


“And while you’re up there gie the barman money for a pint for yon skinny article wi’ the pale jacket and the lassie’s hair. Don't gie it tae him yourself though. Get the barman to when he’s finished whit he’s drinking the noo.  Jist get yersel’ back here sharpish.”

Bemused, I headed to the far end of the bar and got us another drink, telling the barman to ’stick one of whatever that fella along there’s drinking in the tap for later’ and heading back for an explanation. When I got there Dad was finishing the last of his first drink with an expression of self-satisfaction. As I plopped down beside him I asked what the heck was going on but he smiled at me and said,


chatted on and a few minutes later I noticed the barman move along the bar to the long-haired man with a newly poured beer in his hand. He sat it down beside his hand and I saw the man start in surprise. Even though he had his back to us I could see him ask a question which was answered with a few words and a nod of the head in my direction. The man swivelled on his stool and as he did so I saw for the first time that he wore spectacles with lenses just about as thick as the bottom of the glass he’d just had delivered. He leaned forward on his seat, peering at us and, even along the length of the bar I could see his eyes magnified owlishly as he squinted, trying to get a focus on his unknown benefactor. As he did so he raised his new drink in salute and I did the same in return.

I heard a chuckle and an “Anytime now” from my side as the man turned back to his drinking crony and spent a moment clearly excusing himself as he carefully detached himself from the high stool and turned to make his way carefully across the room in our direction. A moment later the man was within hailing distance and as he again squinted myopically at us he said, “Hello friend. Thanks for the pint but I don’t think I know you…..”


At that my father leaned forward from where I’d been accidentally obstructing the other’s view and said, “Hullo Charlie. That pint was from me!” The man leaned forward and focussed a second before saying, “Oh……Sam. It’s yourself. I…um…. never saw you there.” He made a face like his drink had just gone sour. “I’ve……. Well…….. I’ve been meaning to phone you.” Dad smiled a smile of beguiling innocence; one of those beamers that enchanted old ladies and young girls alike. “Have you Charlie? Well, no need now.” He turned to me and gave me a discreet dig in the ribs. “Alistair – get this man a seat will you?”

I pulled a chair over but took it myself indicating to the man that he should take the bench seat next to my father which he did with some reluctance as my father winked at me for my gift of a captive seated right beside him. I knew he was up to something but not what. It soon became clear that the rest of the nights conversation would not involve me, but the area of blind welfare social work that Dad and this man clearly both worked in. Twenty minutes and half a pint later the man left with the remains of his beer and an entry in his diary which matched the one my father had just made in his.

I raised an eyebrow in Dad’s direction. “And? What was all that about?”


He lifted his glass and savoured the last few dregs of his beer like they were nectar. “I’ve been trying to get hold of that bugger for almost six weeks now and he’s been giving me the run-around, never answering calls or voicemails and ignoring emails. I’ve got him now though.” He smiled,"it’s a terrible affliction – a double affliction even: being blind as a bat and nosey as a fish-wife. I knew he would have to come over to find out who sent him that beer. I knew too that once he’d come over he wouldn’t have the balls to refuse the offer of a friendly chat with someone who’d just bought him a drink!” He potted an imaginary black ball in the corner pocket with his hands and said “…in the bag!”

Later as we neared home:


“So – that was the real reason you were so keen to go there rather than to ‘The Stair Inn’ tonight then was it Paw?”


I felt him smile in the dark and smiled back as I heard his two-tone response.

That was a lovely heart-warming tale Alistair...recalling the close relationship with father and Son.

Always expect the unexpected! He could be a crafty so and so at times. Glad you liked it.

Sorry took so long to reply - been working today