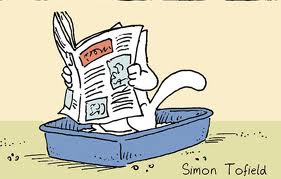 Dad believed you could tell a man from his handshake. A handshake said a lot. His own hands were big and seemed to envelope my boyish ones in their fleshy warmth. My early memories were of holding his hand and while not a handshake, gave the instinctive feeling of absolute safety, of solidity and controlled strength. It was a hand you could trust. When I was older and too old to be hugged by the men of the family when we met, they would offer me a handshake in understanding of boyish awkwardness and in recognition that even if not quite yet a man that landmark was on the horizon. I once remarked on the different handshakes to Dad and that led to a discussion – a lesson – on his thoughts on the matter, his preference for a firm handshake and eye contact and the nuances between each kind of variation and the levels within. It was a revelation to me and a lesson I’ve never forgotten. From then on I began to shake hands with almost everyone. The next time I shook hands with relatives I did so conscious that I was assessing them and that they, in all likelihood, were doing a much better job on me. I do it still.

Remember that should we meet.


My Grandmother, on the other hand, believed you could tell a man by his shoes. Shoes said a lot. Her own shoes were always well looked after and she kept several pairs of ‘good’ shoes for going out and special occasions, each chosen for where she was going and who’s equally critical eyes she might pass. In her eyes a man’s shoes had to be highly polished and well looked after no matter how poor his circumstances. Anything less showed a lack of standards and probably an equivalent level of character and he would be treated with deserved suspicion.. My shoes were the first thing she would look at after I’d given her a hug and she’d be more likely to comment on my shoes than any new clothes I might be wearing. As I grew up she went through various stages of disgruntlement with my footwear but eventually gave up openly voicing her concerns – to me at least. I suspect Dad continued to hear her opinions for much longer. Over the years I've come to understand her perspective and get a bit closer to {some} of her footwear standards, although more of in a 'time and place for everything' kind of way. When meeting new people I tend to look at their shoes, but only after shaking their hand and looking them in the eye..

Remember that should we meet.
It was my music teacher's view that you could tell a man by what he did and how he did it. Hughie was very hot on 'doing'. It said a lot about him. He  was a humble man but oh he was driven. He wasn't one to brag or to waste much time in talking unless it was to describe what was needed and how it could be done. While he was always forgiving he never suffered fools gladly. Doing was character building and discipline was key in achieving what had to be. He schooled us, practiced us and drove us, planned and organised, inspired, motivated and cajoled us from a bunch of grotty schoolweans into Scottish champions within two years of us playing a note. He demonstrated what could be done and how it could be done, showed unwavering belief at every turn, especially when we were struggling - and boy, we struggled sometimes. He showed that anything could be done - by almost anyone, with determination. That was a lesson that would be invaluable and stayed with me as I moved through life.
It was my Mother's view you could tell a man - but it wasn't likely to make a difference.
She was succinct my Mum - and as right as any of the others.

Never stopped her trying mind.....
See you later.
Listening to

I detest flabby handshakes! I have small hands in keeping with the rest of me, but I know how to give a firm grip!
Not sure what handshakes 'say' about women--here in Kentucky, USA I've had to learn the standard greeting between women is a hug!

Hullo MM. I have to confess it was a flabby handshake that triggered this. I hate a 'wet fish' handshake too. Yuk!

It had to be gender specific to let me put in the punchline. I think you can tell more about a woman - even today - from the clothes and shoes she wears than the handshake. Make-up and perfume and accessories and several other things also carry layers of meaning. Your a much more complicated lot you ladies and masters of misdirection.

Maybe that's why we men struggle so much with you!

Great post, Al. It got me thinking about how I was raised to think about people. For my parents, the phrase, "you can never judge a book by it's cover" was a common theme. However, there were plenty of diversions from that general rule. My dad was strict about what we girls wore to school (we had no uniforms), aware of how our appearance would be perceived by the opposite sex. My mom believed we should have a sense of style, and that clothing was sometimes an expression of the inner self. Speaking to people with eye-contact and a clear voice was very important, too. It showed respect.
I really like what you wrote about holding your dad's hand. Very sweet. I felt the same way.

Rhanks Rebecca. Have a great weekend!

My wife's great aunt Dot would always look in kids' ears. She said you can assess the quality of parents by how clean a kids ears are. Odd, isn't it? Yet, she was indeed, one of my favourite people ever.

You reminded me that one of my first schoolteachers did that to the class every morning as we filed into her room.

Although perhapos she was just checking that she couldn't see straight through......