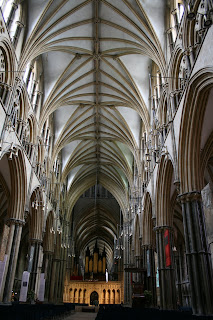 Today I attended my appeal hearing for my claim of unfair dismissal. I claim that my redundancy was unfair due to an unfair selection process and also seperately that the normal stated company process for making people redundant wasn't followed properly.
So today I got to sit down with one of the company directors and lay out my case in detail. I started talking at 9am and stopped at 11.50am. I got what I wanted: to sit down with the company and explain exactly what I feel they got wrong. To show and explain the evidence I believe supports my case and to be questioned about what I believe should have happened. I took my time, and carefully went over everything I had prepared and at the end of it the director thought that there as enough concerns to go and speak to the people involved in the process to check my claims. So the hearing is adjourned and we will reconvene next week when I will get to hear what they have to say and continue arguing my case. Then once the discussion is over I should get a decision from the company whether they believe I am correct in what I say and what they are prepared to do about it.
They can do several things I suppose: offer me my job or an alternative job back, buy me off or tell me I'm wrong and to go away, in which case I will then take them to an unfair dismissal tribunal to get an independant decision on the case.

But for now I'm content. I got to get someone senior from the company in front of me and I got to tell him exactly how I feel about the way I have been treated and what I feel has been done wrong and to explain exactly how I feel it should have been handled. It felt great. It was cathartic. It was healing and it was bloody long overdue. So, I made the most of it. I said exactly what I had prepared, what it feels like to be done over in such a shoddy underhand way and to have your livelihood taken away from you in a moment. I cant forecast what result I will get out of it but my expectations are low and I told him that. If I have already been treated in an unfair way and the appeal is part of the same process, why should I feel that this will be any different. He seemed shocked that I felt that way but why shouldn't I. What are the chances of him bucking back against the company with all the corporate ramifications for similar situations in the future? Not bloody much I would say. Not unless he absolutely has to.

For now its enough. Lets let it play out and see how it falls.

As one of my heroes would say " The game is afoot!"

Track of the day "Flowerdale" by Philip Spark.

Oh by the way. If you're interested go to you tube and look up ' great cornet solo' and look for Flowerdale by Philip Spark to hear a beautiful rendering of the solo by Yorkshire Building Society Band.
The picture is of the inside of Lincoln Cathedral. Its near where Dad was based in the war and was held in great affection by him and others of Bomber Command. Its an enormous landmark and he always said he felt safe when he could see it again.

Email ThisBlogThis!Share to TwitterShare to FacebookShare to Pinterest
Labels: appeal