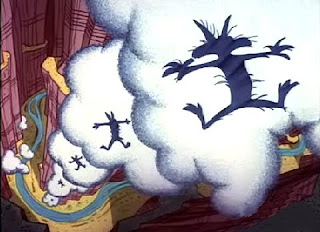 1}Take your wife to her morning train through a beautiful East Lothian early morning glow.

2}While in town buy bacon, rolls and a newspaper before returning home.

3}Make breakfast of coffee and a bacon roll before sitting down at table to enjoy breakfast.

5}Read that our new coalition government - who promised tax cuts which would benefit the average family by £700 a year - are forecast to increase tax to a level where the average family would pay £1200 more a year. {consider that your unclear if this includes the promised   -£700 in the calculation}

6}Outraged, turn page away from photograph of smiling git of a Prime Minister { who had to enter the Scottish Parliament by the back door yesterday because of protesters}

7}Read that the price of petrol has reached an all time average high of £1,21 per litre {£6 PER GALLON} despite the wholesale cost of fuel GOING DOWN.

I was wondering how the new government would work. About like ours I am afraid. You might want to switch to tea, it usually isn't as hot if you spill it when you choke.
Good luck,
Kat

Al, You poor, poor soul - go and lie down with a damp cloth over your eyes and forehead for an hour or two...

so are they a mid wing party now? lol...
right meets left in the middle...
just when we all thought it couldnt get any worse eh?..
i just wrote a wee post that you will like Al and does put it all in perspective...

well what can I say, we saw it coming