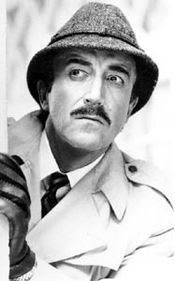 Mayday already. It's true then what they say about getting older - that time begins to rush past. I can't believe that April is past, or March come to that. It seems hardly any time since Christmas in fact. More than a third of the year has tootled by without as much as a 'by your leave' and what have I got to show for it? Nothing. Hee-Haw. Nada. Nicht. Niet. Rien.  Bugger all!

Still unemployed. Still fighting my corner with Job Center Plus on a regular basis to make sure that my insurance payments are getting authorised and that they don't stop my benefit of - well let me think - my benefit of what exactly? It's not as though they are paying me any money - that stopped months ago after I had the gall not to find a low paid job I felt I really just had to do. It stopped because I was careful enough when I was working to pay for  - sharp intake of breath - insurance!

Actually, to be fair to them it wasn't just because I had paid for insurance that would cover most of my bills. That did count as paid income and dis-entitle me of course, but so did the lovely G because she was in full time employment, so did my redundancy payment, since I have some of it left and honestly declared it. Above all however, it was the fact that I perhaps wasn't seriously looking for work. Perhaps I'm lazy-good-for-nothing shyster. After all I really should  have been able to find suitable work by now - even in the middle of a recession. Now, as a result, I have to prove I'm looking for work by providing evidence of two applications per fortnight. Last month I proved I had applied for a job as a High Court Judge, An Anaesthetist, The Chief Finance Executive of a Bank {I really think I could do that one by the way! } and an Exotic Dancer {Don't even GO there, Scudder!!!}.

Well after all, times are tough. They did tell me that I should widen my horizons and that they were entitled to expect me to apply for any and all jobs that were available, so I'm trying - I really am.  I didn't brag about it though. I just quietly slipped it into my paperwork and sat back to see what the result might be. I thought at least I might get a phone call to ask if I was on medication or something. I'm sure that my case worker is going to end up like what's-his-name in the 'Pink Panther' movies. You know the one - Inspecteur Clouseau's boss. I can see the signs already. Honestly, he twitches when I'm with him. Not much - not yet - but it's definitely there. He really doesn't know what to do with me.  I reckon in a 'ceuple of moths' {couldn't resist - sorree..} I could have him looking for an open window  {for himself} or a sniper's rifle. I'm not much bothered about the rifle to be honest. Either way and the lovely G would be covered, either from compensation or insurance. What can I say. I know - I know - I am Mr covered for almost any eventuality.......... Anyway by that time, with all that twitching? I reckon I would put a couple of quid on me, don't you think? I don't think he would stand a cat's chance in hell of taking me out.

Never thought I would get made redundant either.

Hahahaha ,, Nice post Al.
Hey, can I come along with you to your next meeting with the twitcher .,., I have a nice camera and would love to have exclusive rights to the photos ?
You'll notice I've said nothing about your latest job application ,, but I do have that camera ,,, and could use the blackmail cash !

Or indeed, tickles my fancy - if only my typing could keep up with my mind!

Al thqt tickles my fan! Why not buy him a bird book and see if he gets the gag? Actually, that would only work if he realises he is twitching....

Don't worry SNB I suffer from dyslexic fingers too.....