Is it SOOOO hard to do? 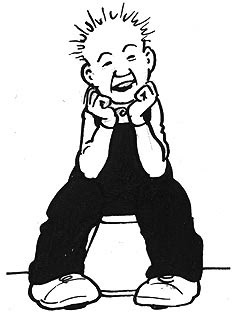 
Jings - this last week has flown by and I have hardly posted anything, which is a bit unusual for me. It's been nothing spectacular - a bit of gardening, a bit more of job hunting, a bit of writing and my usual bit of frustration with Job Centre Plus, although this time not over insurance form completion. As you may know I have an ongoing jousting match going on with this Government dept handling unemployment as they don't in my opinion have any role in helping you find suitable employment but instead are focused on getting you off the unemployment figures via any job - suitability unimportant - and in checking that you don't try to avoid finding a job as it's obviously your fault your unemployed in the first place/ you're a lazy toe-rag. {Sorry but I'm bitter and twisted on the subject}

At my last meeting with them the week before going to Holland I had let them know I was going to be out of the country on holiday and they had advised that as I wouldn't actually be actively looking for work they would have to close my claim down temporarily, but that I could restart it by calling up a helpline for a 'rapid reclaim' when I got back. On telling my advisor when I would be returning he said that I should call the given number first thing the next morning and ask for the claim to be reinstated and they would in turn arrange for me to come back to my local office to have this done.

But I was told that the process described above had to be followed even though I said that the day after my return was a Saturday and surely no-one would be in the office then. I was assured that the office was indeed manned and that all I had to do was call.

And after going through the usual frustrating and impersonal automated 'select from the following numbered options several times before we even think of putting you in touch with a human being'  kind of switchboard that never fails to make me feel at one with the whole human race, I found myself somewhat unsurprisingly and resignedly listening to a recorded message telling me that,

"This office is now closed. Normal office hours are between 9am and 5pm Monday to Friday. Please call during normal working hours."

But hey, I was still on my last couple of days of holiday so I wasn't going to let that spoil my day, so I just let it go and decided to call again on the Monday.

9.30 Monday morning I was back on the phone and back through all the numbered options until I again got to the right dept. This time I was now met by a new recorded message telling me,

"This office is closed for the Monday holiday and will re-open for business on Tuesday. Please call again during normal working hours"

I was, it is fair to say - a bit peeved. Why couldn't they have mentioned that in Fridays automated message. Is it so difficult to get communication right?  {and why did the local guy get it wrong in the first place}

I called again on Tuesday and finally got through to a very nice man called Bill who apologised and empathised and said he would pass my comments on. I thanked him and let him know that I wanted to restart my claim for unemployment benefit - in reality this is just national insurance credits as I don't get any unemployment payments. {Long story so lets not go there.} He told me he could do that and it would require a few questions that would take about 10 minutes to go through. I said that was OK and he proceeded to ask me a pile of questions and after several minutes he said,

I stepped in to remind him that I had been claiming for several months and had only been on a weeks holiday so he didn't need to go through the spiel but was told that he had to follow the process. He then went through four or five minutes of explaining what they would do, what they would expect me to do, how I should record it, how they would track it and all the other stuff that I knew - and he knew I knew -  before he finally came to a halt and we could end the call with me having an appointment at my favourite JC+ office the following day to have the claim officially restarted.

Next day at the duly appointed time I was waiting for my appointment when I was handed a clipboard and what looked like a thin booklet.

"Could you fill this in before we start the appointment please"

I was then left to complete a 17 - yes, that's right - a SEVENTEEN page form, all relating to an unemployment benefit that I knew I wouldn't be getting. {Actually the form was 24 pages long but 7 didn't apply to me.}

Once the form had been completed I was taken to an interview room and I sat down opposite someone I hadn't seen in the office before. He glanced briefly up at me as I took my seat and put the clipboard and pen down in front of him and returned to the computer screen he was looking at.

"Have you completed the form fully?" said without raising his head.

I didn't answer until the silence caused him to look at me, at which point he found me staring at him.

"Hello, my name is Alistair Robertson. Nice to meet you."

I continued to stare at him until he blinked and responded with a 'hello' and his name in reply . He tapped the form with the middle finger of his right hand and repeated his initial question.

I said I believed so but maybe he should check it over. He picked it up and started to flick through some pages and then said he would need to get someone to look over it as it wasn't a form he was familiar with, and left the room, returning a moment later. He pulled up my records on the screen and said that he would go through my previous agreement - a kind of contract stating what you are expected to do in your job search each week as a minimum - which is negligible in reality - with me. I said that as he could see on the screen I had been in for an interview and had updated the contract with my advisor only 3 days before I had gone on a weeks holiday and that this was in reality only the first working day back after returning and so all the information there would be accurate and up to date. Despite this he insisted that we go through it all so that he could check each line and ask me to confirm that was what was agreed. At the end of each paragraph he made an amended  'as above' comment. The process took nearly 40 painstaking and painful minutes. He then printed off two copies even though I said I already had one and had me sign four or five different forms in duplicate - including one which confirmed I had been given a plastic wallet - even though I said I already one and didn't need another - containing contact numbers.

Once I had gone through all that I was free to go. I stayed long enough to ask a question about going on a short training course for a qualification I am considering and could I do that and keep claiming to ensure my insurance payments would be protected. I would still complete my mandatory job search/application quota etc,etc,etc. I was informed that he couldn't answer that but would check into it for me and let me know.

With that I was ushered out as he returned to the computer screen. As I walked across the office to the exit one of the admin ladies confirmed that my marathon form had been correctly filled in.

"You do know that you don't qualify for that benefit though, don't you?"

I smiled. "Yes. Thank you." and stepped out into the bright sunlight.

I exhaled and took a deep breath of clean fresh sea air.

On Friday I had a voicemail message left to say that if I attended the two week short course I was proposing to help my job prospects my claim would have to stop until it was completed as it would be full time training. That would also void my insurance claims.

Absolutely astonishing isn't it. And it rings true with my short experience of job-seeking a few years ago. I hope you find a job soon, for your peace of mind and pocket, and so they can find someone else to wear down! None of the systems or procedures are designed with professional jobs in mind, or can cope with people who are small time self-employed, or have irregular working patterns and incomes. Still, with a new govt, I'm sure everything will get better....

Incredibly frustrating for you - and do "they" get job satisfaction? I should imagine they are bored out of their tiny minds, and it's all so darn pointless . . . It's just going through the motions, ticking boxes - and nothing at the end of it. My son will have your scenario shortly as he will be out of the country for a week . . .

I don't claim or have insurance to keep up like you, but what I find really anoying is when I ring up to ask for details of a job, the first question is always whats your insurance and what benifits do you clam, when I say none, they couldn't give a monkeys. Because I am not on their unempolyed numbers and they don't have to get rid of me. I suppose I should register but I couldn't put up with what you do... well not without having a scraming fit every now and then.

Al - it is like something from Franz Kafka - you couldn't make it it up (so I know you aren't!). Much as I have little time for the smirking old Etonian David C, I hear on the beloved Radio 4 this morning that the Government is planning a public exercise this summer to explore the public's ideas for saving money - I bet you might have an idea or two for reducing the size of the labyrinthine bureaucracy of the public system you have to deal with... chin up and keep smiling old boy!