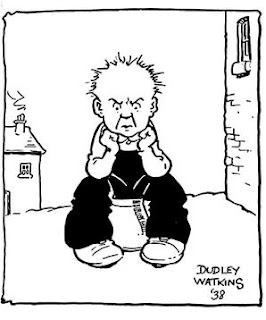 I never saw the fox until it was too late. I barely just had time to register its shadowy profile and the bushy tail flowing straight out behind in the headlights before impact. Although I hit the brakes hard I knew as I saw it that there was no way I could avoid hitting it. I hit it full on and, being on motorway at the time, was doing about 75 miles an hour. It never stood a chance and probably died instantly. If by some chance it survived it was finished off by the car following close behind on that busy Saturday night, but I'm pretty sure I killed it outright.

I've never hit an animal like that before. In thirty odd years of driving I could count how many small things I have hit on the fingers of one hand. It's always been a phobia of animal loving me, perhaps from childhood memories of a rare pheasant or even once a hare that dad killed while driving. Dad would always stop and check if the animal was injured and I remember once seeing him dispatch an injured something in the red glow of the rear lights. He always used the lead loaded cosh, prophetically called a 'priest' which he used when fishing, to kill any injured animal. I can remember his sigh, the clunk of the car boot being opened, a quick fumble for 'the priest' in his fishing bag and the sound of  him walking away to return a few moment later and put  it away again. He would close the car boot with a slow but gentle pressure that would press down the whole of the back of the car. {I remember being inordinately impressed with the strength of that gesture and tried to recreate it unsuccessfully many times until I was much older.}

Whenever he hit a game animal it would always be put into the boot and taken home, not to a squeamish Mum, but to Gran Robertson, where it would go into the pot. It was this trait of his own childhood country upbringing that first showed me a newly dead animal in close up, laid out on the jade-green topped table of Grannies kitchen. I remember that first time, seeing in the bright kitchen light, being tearfully sad yet curious about the beautiful pheasant with its shining eyes, incredibly coloured feathers and blood-dripped yellow beak. Its black eyes seemed calm and yet sad at the same time, like it had been somehow cheated out of its life I suppose. I remember too being confused about how matter of fact, pleased even, Dad and Gran were about the destruction of this amazing creature and on asking being told that they were going to eat it. Although I don't remember my reaction, I imagine it would have been one of horror and I probably cried a lot more. I know Mum always found incidents like that disturbing and couldn't bring herself to look at the creature and would never take part in any meal that resulted. I was firmly on her side on that score although I would be equally curious about anything brought home in the future - and a good deal less tearful.

As I hit the poor fox that wet Saturday night a week ago, muddy water splashed up onto the windscreen and I realised that this must have come from its coat. Dad always told me not to brake if I was going to hit an animal. "Better to make sure if you can.", but I was never able to do that and anyway due to quick reactions and decent brakes I've missed a good few birds and rabbits over the years.  Even though I had started braking that night the impact was startling, something I'd never considered before, and I instinctively looked in the rear view mirror to see the body of the poor creature hit again by the car behind and thrown towards the roads central reservation. As the road was very busy I didn't stop but continued on, a pang of guilt deep in the pit of my stomach, guilt for the death of a beautiful animal and guilt for breaking Dads unshakable rule; if you hit something, make sure it's dead. Don't leave an animal that might be suffering. I told myself and my shocked lovely G that I had killed it instantly, it was too dangerous to stop and finally that if I hadn't killed it outright then the car behind certainly had, but part of me didn't want to be confronted by the result of my actions or the dead eye of that beautiful fox.

The car seemed to be handling properly although I watched it carefully the rest of that silent accusatory journey home and it wasn't until we got to the roundabout at the edge of the village that I heard a small scraping noise which told me that part of the plastic of the front bumper was hanging low. As it was late I parked up at the entrance of the drive and we walked up to the house and bed. The next morning I went to check on the car and found that the accident had caused quite a bit of damage to the front bumper, springing it out of its fixings and bursting it in two places, one of which was hanging low and caused the noise of the previous evening. So the car is off the road while I wait on my insurance company coming to fix it.

I've thought a lot about that fox in the last week. I have given myself a long silent version of the talking to my Dad would have given me for not stopping regardless of how bad the weather or busy the road, at least to try and confirm that the animal was dead. I've also given myself the talk where he would be much more supportive and conciliatory, where he said that the deed is done and that it was time to move on.  I've thought too about that pheasant on Grannies green table-top and the image of lingering regret the memory brings to me all these years later.

Guess I've not changed much.

Email ThisBlogThis!Share to TwitterShare to FacebookShare to Pinterest
Labels: me, motoring

A sad tale very well told. My friend, who is a painter, killed an otter on a local bridge a few years ago and the incident haunted her for a long time. The otter appeared in several of her paintings, too. There is a local First Nation theory that we should not beat ourselves up about killing an animal by accident, that in the spritual realm of animals it was its chosen time to go. That brought my friend some comfort, and I suspect the conflicted attitude towards your dad's roadkill contributed to your reaction to your collision with the fox. This story was quite metaphorical, considering it happened near Remembrance Day. Did you consider that at all? Cheers, Rebecca

Thanks for the comment Rebecca. Your comment was thoughtful and thought provoking, and no - I never thought about the metaphor at the time.

I read this yesterday without time to ponder and reply--many of your essays stay with me for a while to be revisited.
You have woven together two themes here, skillfully; the recent incident of the roadkill and the memories of your parents and granny--how they reacted to similar happenings.
Living in Wyoming for 12 years one doesn't drive anywhere without seeing recently struck-down animals--mainly because there is so much wildlife and the "civilized" areas of towns have made so little impact on the vast high plains and mountains.
There was a time when I was regularly driving alone the nearly 4 hours over one mountain pass or another to visit the millionaire's ranch where J and our son were building a huge custom log home. I nearly always finished the drive home with darkness overtaking me as I came down off South Pass. A lot of that time I was driving J's old Chevy truck--a five-speed standard shift with a 6 cyl engine. I remember in particular coming down a steep curving bit of road in the dark only to find half a dozen mule deer frozen motionless in my headlight beams--and I prayed aloud as I down-shifted and braked--"Oh, don't let me hit one!"
I was with J one dark night on the edge of a small town when several deer broke from the brush at the verge and one young one slammed into the front bumper of the truck, breaking its neck and leaving us both grieving.
J's Dad was a hunter--in and out of season--as were his uncles. He shot two deer in his youth and decided that it wasn't a sport he could enjoy. I often wonder that we are not vegetarians--doubtless if we had to slaughter and process our own meat we would be.
I also ask myself if we react this strongly to the accidental killing of an animal in the road, how could we take up arms and march against an "enemy" with intent to kill?
As always when I reflect on this sort of thing I have uncomfortable questions and no clear answers.
In spite of a rather grim subject you've done your usual fine job of capturing moods and settings--I can see your Dad quietly dispatching an animal in the darkness behind the car; I can see your practical granny salvaging the meat, feel your mother's shudders and your own young self watching all this from the sideline.
Your writing deserves a wider audience.

Thanks for sharing your tale too. Strange how things return to you years later triggered by later events. I could never have remembered that pheasant or the colour of Gran's kitchen table without the stimulus of the accident. I was taken hunting by a family friend as a child of maybe fourteen - well hunting rabbit anyway, deer hunting is for the rich and shameless over here normally - and although excited by firing the gun I always aimed to miss those darting shapes, so perhaps that's something J and I have empathy on too. Although I have enjoyed fishing for many years most of it over the last twenty years or so has been done as 'catch and release' with only limited exception for the pot or a swallowed 'fly'. Like you, I don't think I could deliberately kill another human being either, but I believe time and circumstance may dictate that more than inclination for those who do have to face such things. It's strange though, despite my own deeply held feelings on the subject, I'm inordinately proud of my Father and Grandfather who had to face such issues time and again. As I get older I see contradiction and accommodation in so many places.......