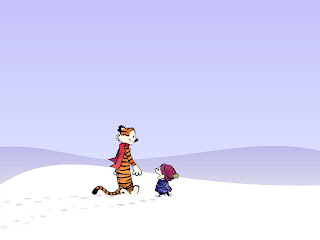 
Did you ever think that by helping someone not commit a crime you could be convicted of a crime yourself?

Probably not. It does sound daft, doesn't it?

But in Scotland you could be.

Last week the Holyrood committee scrutinising Margo MacDonald MSP's 'End of Life Assistance Bill' concluded that it, "does not recommend the general principles of the Bill to the Parliament.", on the voice of the majority of its members. Currently under Scots law - which is separate and completely independent of the rest of the UK  - the situation is;

Now, the conundrum for me here is this. If, as above, helping someone to commit suicide - and lets leave all the arguments around this to one side for a second - as suicide is not an illegal act in the UK, you could be charged under the law of homicide. In other words  - you would be committing a crime by helping someone not commit a crime.

Margo MacDonald is a Member of Scottish Parliament. She is also terminally ill with Parkinson's disease and brought a private members bill on the subject of "assisted suicide" for consideration. To allow this to be considered it first has to go through a filter process of committee like all the other odds and sods private matters before they are approved to be heard in Holyrood itself. The bill's aims were;

“That persons who wish to decide when to end their lives should be able to do so, legally, with the assistance of a registered physician. This has come about because of the experiences of people with degenerative conditions, terminal illnesses and those who become entirely dependent on others following a trauma.” (Margo MacDonald 2008.)

It's a very specific area of the whole suicide issue, that terminally ill or debilitated patients should have the right to choose the timing and method of their death and should have legal access to assistance to do this without unnecessary pain or suffering for themselves or those around them. Currently people in the UK who feel they have to do this travel to places such as Switzerland where the practice is legal. Some are 'assisted' by family or friends to do so which places those assisting in a precarious legal position. I don't propose to get into all the deeply complicated issues and morality around 'right to choose' here. I'm more interested in this post to raise the issue of how can it be against the law to help someone who is themselves breaking no law. Don't mistake me - there are real and thorny issues around just this wee nugget that should be considered, difficult choices to be made and many opinions and agendas to be addressed .   Perhaps this is why our elected representatives have chosen to dodge the proverbial hot potato despite, it would appear from newspaper and TV articles,  public perception being sympathetic and feeling this is an area of legislation that needs to be addressed.

"There is no ambiguity in current Scots law in this area – if some people choose to travel to other jurisdictions to commit an assisted suicide or to access voluntary euthanasia, they do so because certain, inherent aspects of those actions are unlawful in Scotland. That the decision of whether to prosecute is separate and subject to the Prosecution Code is part of due process. Any call for clarity is, therefore, spurious."


Consider - what is "assistance" legally at present?  Is it simply agreeing the wish, or maybe it's failing to try and dissuade; or is it taking the person somewhere suitable; is it providing the drugs or is it being present at the death and taking no action to prevent? There is no legal definition in Scotland just as there is no clear definition in law as to what is 'terminal' - as it depends on a notion of timescale that would have to ascertained. There have to be laws in place surely, checks and balances to protect each individual, to ensure that the afflicted person is not being duped or unnecessarily 'helped' to a hasty decision or if  'assistance' veers off into a form of homicide, you might say, if the accused person's actions move from bystanding to participation, if it becomes direct life-ending action? These are questions. Real and substantial questions. There may be answers to them, but the Committee offers none and recommends Parliament need not discuss it further. The questions of what is assistance, what is the definitive legal interpretation, because the bill will potentially not proceed to a full hearing before Parliament, will all lie unanswered, mostly perhaps because they are questions difficult for politicians with canny eyes to re-election or moral or religious concerns to tear open for frank examination. Are these honestly too difficult or too sensitive to be heard, considered and too painful to make decision over?

To call these issues "spurious" and unworthy of debate as it has "no ambiguity" is a huge failing of the committe, especially when the bulk of public opinion is in favour of allowing these poor souls such an avenue. It isn't illegal to commit suicide, is it? No? Then how can assisting someone to commit something which isn't an offence be offensive?   What exactly is assistance? How should 'terminal' be defined?

What a waste of time and money if you can't see there are things here that have to be clarified.

The bill's onward progress will be voted for on 25th November when the house will decide to accept it for discussion or to accept the committees evaluation.

{They didn't and the bill was declined for progress on to be discussed in parliament.}

Now you have me thinking.

Hi Alistair, I wish those eejits in Holyrood would realise that most folk would support the bill. I agree with your argument that suicide is not a crime, so nothing linked to it should alme be in the same catagory.

As I get older, I see more of my friends and colleagues die off from various ills, and a couple were nasty enough to say, "It could have been made easier" and give the poor sods an escape switch.

It could be one of us next, and I want a way out, just in case.

Hullo TSB/Lom - sorry for the delay in getting back to you....

There are really complicated issues around what is/should be defined as assistance and a clear definition of when assistance moves across borders into influence or, God forbid, coercion. No matter what your point of view is on the issue of suicide, there is a lot to clarify - not least should assistance be legal, and our system is the poorer if the issues are ignored, no matter how uncomfortable.

Sorry Al but just couldn't resist !!
Dr Johnston McKay spots an unfortunate choice of words on the Church of Scotland press release expressing opposition to Margo MacDonald’s euthanasia legislation, which was debated at the Scottish Parliament last week.
It was headlined: “Minister urges politicians to kill Bill.”
Of course on a more serious note I fully support your plea to debate this subject to a conclusion ( even more so now with my present diagnosis ! )
It must never be a crime to help someone in such circumstances, just as long as the necessary safeguards are firmly laid down.
As TSB says ,, most normal folks would support this bill ,, the very wording of this "crime" says it all for me .,., MERCY

Aw Scudder - that is pure dead brilliant that header so it is.

Great to hear from you.

I doubt that any politician will ever endorse a bill to allow assisted suicide, because they would be scared that this could lead to a number of unpunished murders that are made to look like consenting suicide.
Before you jump down my throat, my reasoning is that who would not want to help a few politicians to shuffle off their mortal coil and improve the human gene pool, after the way some of them have been behaving. They are nothing if not shrewd, so being well aware of this attitude amongst some of the Proles, this has become a self preservation issue for them.

Oh I agree with your statement. That's exactly what they're worried about in general,although I hadn't considered them thinking so close to home. Also don't worry about me jumping down the throat by the way. Although I'm a card carrying curmudgeon I like to think I still have some restraint so throat jumping's not really my style.

Thanks for your visit.