A Balcony on the World 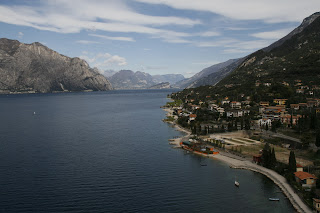 This is the final instalment of photos from our recent trip to Lake Garda in Italy. Sorry it’s taken so long – circumstances have meant time to post anything has been much reduced of late. Now however I have a bit of time at last and have it’s been nice revisiting the photos and the memories they bring. 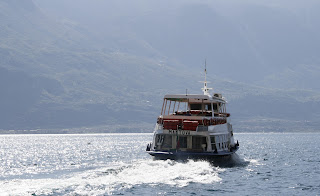 As we stepped off the little lake boat that acts as a floating bus service around the edge of the lake that day and onto the jetty at Malcesine about 40 minutes from Riva Del Garda where we were staying, it was clearly a busy little place with lots of noise as tourists and locals jostled for position to get to the best seats on the emptying boat. The jetty was at the edge of a small harbour which was itself at the edge of a picturesque little square, lined with cafes, bars and restaurants and the typical shops you find in any tourist dependant destination. It was clearly signposted as a tourist spot by the prominent castle that towered over the sun-bleached pantile roofs of the old town circled about its base and guaranteed that it was going to be high on the list of potential stop off places within easy reach of the north end of the lake where we were staying 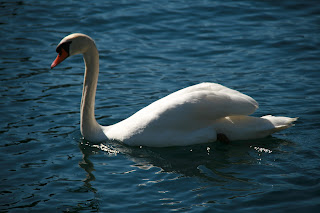 Even though I’m the kind of tourist who is always keen to support the local economy via the occasional delight of a judiciously placed hostelry or two, it was obvious that for the moment at least any idea I might harbour in that direction would have to be placed on hold as The Lovely G tramped determinedly off towards the nearest leather emporium. I hastened behind, determined to limit any potential damage on our fragile bank account but by the time I caught up with her I was relieved to find that she was clearly only in ‘browse’ mode rather than anything else. I was able to relax and inhale that amazing smell you get from new leather and which is almost overwhelmingly intoxicating when surrounded by the stuff. The heady effect of the leather shop we had just come into almost worked on me as I began to see several bits and pieces which could have been easily fitted into the suitcase for home but I managed to regain enough self-control to exit without splurging any dosh on those kind of holiday buys that you invariably regret when you get home with a ‘What the…? ‘  kind of feeling, divorced as you are from the effect of sun and foreign climes to carry you away on a raft of {expensive}enthusiasm. We’ve all done it and probably all still have some holiday bought ‘tat’ hanging about for no other reason than ‘It’s paid for so I’m going to get my money’s worth out of it!’. 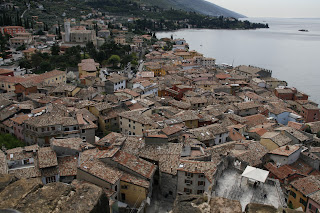 A while later, after the narrow streets had completely confounded us and taken us in completely the wrong direction to our planned destination we turned and headed back up the hill and closer to the castle. The day had become hotter and although the narrow streets and high building of the old town gave plenty of shelter we kept walking past hidden little squares and satisfied tourists and locals enjoying a quiet drink or a bite to remind us that we were after all quite tired and getting evermore thirsty { ok – that may only have been me}. As we climbed, taking photos here and there, browsing in interesting we shops {ok – that might only have been her} and getting nearer to the castle we stumbled on a little bar/restaurant tucked away against the ramparts of the castle and with an impressive view from the terrace. 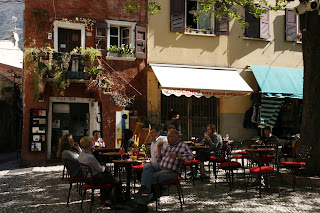 As we were guided to the white cotton covered table at the end of the terrace we passed a chilled cabinet of fresh fish and a screened off open air kitchen. That and the fact that the menu given had no prices on made me worry that we were in a place beyond our means.  We explained that we simply wanted to have a drink and coffee and the waitress seemed fine so while the Lovely G ordered coffee I opted for a glass of a local red wine. The wine, when it came, was amazing; full of flavour but not heavy and at just the perfect temperature. In fact so good that despite not having a clue as to how much it would cost I ordered another on finishing it. 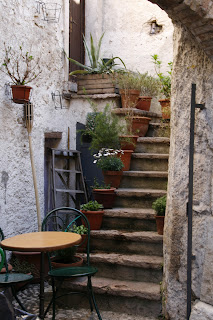 There’s not much better than having a wonderful glass of something to hand while you look out on a stunning bit of landscape on a great day, especially with your nearest and dearest by your side and that’s just how the next hour of gentle chat passed before we paid a ridiculously small bill {Yes I was wishing I’d ordered something from that chilled case after all} and climbed the last few steps to the castle. 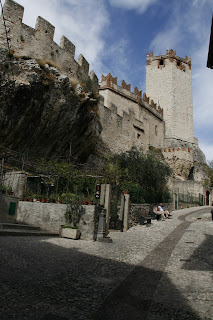 Great views continued through the next while as we explored every inch of the castle of Malcesine – a favourite place of Goethe when he toured in the area. The castle is ruined but well maintained and is a picturesque venue for weddings and functions as well as having museums of culture, history and geology on-site. The views over the town and the lake are, of course, outstanding and the walk down from the keep through the old town is a photographer’s dream. 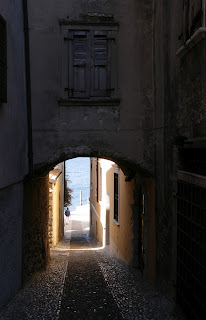 I was quite sad to leave, more so because it was our last day here and like the end of all holidays, the final ones are always the fastest. 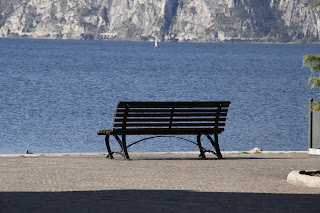 Oh, so spectacular! It looks so beautiful there, Alistair. I can imagine you were sad to leave - not hard to understand why!

I would surely like to trade lives with you sometimes.

Nicky - it was lovely. Very familiar and comfortable too somehow. Strange how you find places like that on holiday - maybe because you're more relaxed yourself.

dbs - Ha! Don't be fooled. I only write about the good stuff! My life is just as humdrum and banal as the next guys most of the time.

How lovely,
Looks like you had a great vacation. As always your descriptions seemed to carry me along. Thanks much,
Kat

What a great travelogue Alistair, with great paictures, I do envy you that experience. My Beloved has been to many of the Italian lakes and loves them, but I've never had the experience.

I know what you mean by the smell of new leather, it's a tremendously evocative aroma

That last picture of the empty bench by the lake is spot on.

Wonderful post! I was completely smitten by the descriptions and photos, especially the one of the staircase with a potted plant on each stair. Enchanting. Indeed...until next time!