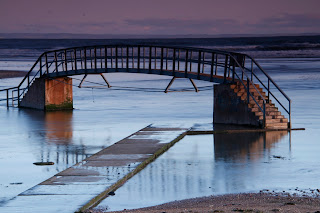 I found out my blogger pal Scudder died yesterday. We met through these pages as he was one of the first handful of followers of the blog and he found lots of common ground in my writing. Like me Dougie Buchanan was a sometimes curmudgeonly Scotsman always ready for a rant or two at whatever jerked his chain at any particular time and through our blogs we bantered backwards and forwards until one day he said "This is daft! Why don't we meet?"


So we planned to get together but as is often the case circumstances intervened and it was a couple of months before we were able to make it happen. In the interim we began to Skype regularly and continued the banter through e-mail and video conversations lasting hours. One of his e-mails told me matter of factly he had been diagnosed  that day with cancer and had been given a few months. Although shocked to the core, in typical pugnacious fashion he took it head on and was determined to see that Christmas with his new granddaughter. We met not long after his diagnosis and had a great time together. He was charming and personable and witty and with  a quiet but enormous strength of character and an sure dtermination that this ‘bugger disease’ wasn't going to stop him from enjoying his life, his beloved Ann and his family for as long as possible. He was determined to live, and live each day to the full. We talked almost all day and laughed much of the time. Cancer was a tiny part of what we spoke about. That was the significance he was determined to give it and the place it would have in his life.


Dougie continued to play his beloved golf with his friends, living up to his nickname with his high velocity ground hugging shots until chemotherapy meant he had to give it up when at its worst. Dougie initially responded well to the treatment and watched his grandchildren grow and played  some golf again. It was over a year later that he told me his disease had returned again  and become more vigorous and further chemo wasn't an option. He told me during another visit that he'd signed up for a trial of a new drug with a smile and a "nothing to lose, eh-no?" and this too seemed to work for a while.


Sheer determination stretched that few months initial diagnosis to 3 years. He did live everyday to the full. He knew he’d been given a gift with his extra time and he made the most of it. He lived for the day and savoured each moment. He treasured those moments and made them special for family and friends right to the end. 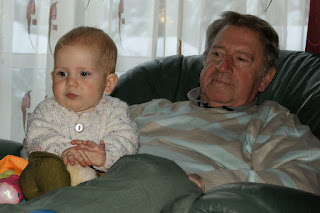 
Goodbye Scudder. It was an honour to know you my friend albeit all too briefly. See you on the other side if there is one.


Life is a gift.
Live for the now.
Perhaps that’s why we call now ‘the present’.

Sorry about the loss of your friend.

Wow, sorry to hear the sad news, Alistair. Although it sounds like your pal brightened your life as much as you brightened his - the kind of friend that we all need. Can't have too much of that. So glad that you found each other and had 3 great years of friendship. Also glad that he had 3 years to enjoy with family and friends rather than the initially thought few months. I'm sure he'll leave a big hole in your life. Wishing you lots of fond memories of him though xx

I have been humbled and astonished several times by the gallantry of family members or close friends who have met a diagnosis of cancer with such acceptance--fighting and hoping to the end, but seldom falling apart. Such courage!
Your contact with Scudder also underlines the opportunites of cyber friendships. I've met folks through their blogs whom I wish I could meet in person.
Skpe--hmmm. My grandson is into that. I fear I'd have to tidy up the area of the dining room which might be visible from the laptop screen--even before I mastered the complexities of virtual communicating.

Sad news,
see you for a pint Thursday Al,

I like the photo you chose. The path just seems to end. I know this feeling you're feeling. Wish there was more that I could do than just offer a few words.

What a bastard, the situation not your friend Scudder. Sometimes I really do wish that there was a God, so I could punch his head in.

Sorry for you Alistair.

Thanks for the lovely tribute to my dad, Alistair.

I am sorry to hear about your friend. I read his many comments on your blog over the past two years. May he rest in peace. He deserves to.

Thanks everyone. Couldn't not mark his passing in some way here.....