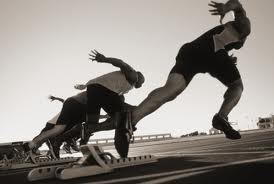 If you think you'll lose, you're lost
For out in the world you'll find,
Success begins with a fellow's will
It's all in a state of mind

For many a game is lost
Ere even a play is run,
And many a coward fails
Ere even his work is begun.

Think big and your deeds will grow
Think small and you'll fall behind
Think that you can and you will
It's all a state of mind.


Life battles don't always go
To the stronger or faster man
But sooner or later, the man who wins
Is the fellow who thinks he can.

Brilliant! Thanks for posting this Al - I'm guessing you'll understand how much I agree with the sentiment behind the words of this poem!

Thanks guys. I hear you both!!!