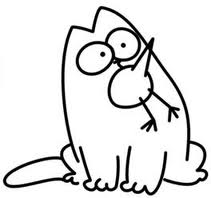 Govt spokesman  " ......and you call your members out on strike when only 32% of those elegible to vote did so and by doing this you will inconvenience millions of members of the public and put in jeopardy the fragile economic recovery of the country. It's disgraceful! Frankly that's why we need to change the legislation governing Trade Unions in this country - to prevent just this kind of madness."

Union spokesman " Let's be absolutely clear here - we're not going on strike. We have simply balloted our members as required by law and based on their voted instruction stated that we are prepared to go on strike because of  your failure to talk to us to resolve the situation. Let's remember too that our members didn't cause this recession. It was caused by fat cat bankers who frankly have remained badly regulated, highly paid and obscenely over-incentivised by bonuses and, by the policy of YOUR government, have been insulated and protected to the extent of even getting tax cuts when our members are losing their jobs. And as for the voting policy of the union - isn't that exactly the same method as voted you into power? I don't hear you complaining about that 30% vote being disgraceful...........or calling for it to be changed......."

Tory Man appears to be having a fit.

Cue laughter from the audience.

Alone in my living room I cheer and punch the air.

Email ThisBlogThis!Share to TwitterShare to FacebookShare to Pinterest
Labels: politics

Can I hear a Whooo frikken Hoo?

We should have a bonfire of Tory politicians, fuelled by the fat bloody bankers.

TSB - Pass the matches would you - or maybe we could light it with one of those bloomin olympic torches........

Alistair, old boy! Thanks for capturing this wonderful moment of hypocrisy! Can we use the Murdocks as kindling? Indigo