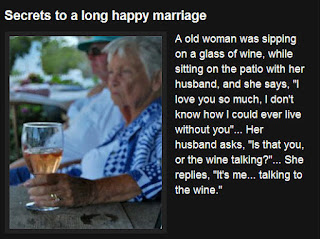 It was late afternoon when my Lovely G smiled at me and said, "Tonight I think we’ll have fishcakes, boiled potatoes and peas for dinner."


I smiled in response to her voice and replied, "That’ll be nice" and returned to whatever I was doing at the time. A couple of hours later I was in the library engrossed in some photography magazine that I had recently purchased and was working my way through some of the free hints and tips CD that had been included when I realised that time was marching on and our normal time to sit down to an evening meal was rapidly approaching. Feeling a bit thirsty I walked across the hall and into the kitchen to get myself a drink. As I poured the water from the tap something registered in my subconscious and I found myself turning and looking around the kitchen.

No quiet hum came from our electric fan oven to indicate that something was cooking inside. Nothing on top of the gas hob either and across the room the dining table clearly hadn't been laid for dinner.


I walked back along the hall to the lounge where the lovely G was sitting tapping away on her laptop. I stuck my head around the door and she turned to look at me as I asked,

"Are you making dinner?"


She looked quizzically back at me." No, why?"

She looked at me with one of those pitying looks that women seem to be so good at around men, like they're dealing with dogs or small children who don't have the ability to reason yet, while I mumbled some mixture of confusion, disbelief and frustration back at her before heading off to the kitchen.

As I did I distinctly heard her say she'd be through to help in a moment.

A few moments later and everything was underway. With such a simple meal it's a matter of a moment or two before the fishcakes are in the oven, new potatoes, which don't even need peeling, are bubbling in a pot and I have some peas ready in the steamer. I'd just laid the table when I turned around to find my lovely G had arrived. She snuggled into me and gave me a cuddle with her head on my chest and made some of those contented noises that women do. The ones that are designed specifically to make men feel they are the providers of comfort; of safety; the masters of their universe. It's all rubbish of course but it works most of the time. Not tonight though.

"So exactly what part of dinner were you going to be helping me with - apart from eating it that is?."


Without raising her head {and with absolutely no trace of irony} she squeezed me for a second and purred,


I thought of the two plates, knives and forks, two glasses, one pot and steamer that were all going to go straight in the dishwasher and sighed resignedly.

Ok firstly can I just say sorry for not commenting much recently. I do read everything you write though.

Secondly...I know exactly what you mean and I feel for you. However I can tell you wouldn't have it any other way. :-)

Hullo Jono - no need to apologise. Sometimes things get in the way don't they. {and ditto re comments/reading too} You're spot on though. I wouldn't change a thing. Not for a pension.

So a certain Lovely G keeps telling me EP. Never see it in return though....lol

I know that look. Very well.

Hey Alistair! As a solo fella, I have to do both sides of that conversation. And I gotta tell you, Marge, the hugs after are dreadful. Indigo

I think most of us do dbs. Lucky us eh-no?


Did the solo thing myself for quite a while Indogo. I hear you.

Bet the food was great as well.
Wait...
Do you mean you didn't go out and catch a fish?

Seemed like a bit of synchronicity with your post yesterday too TSB. And you're right - they were great {naturally} I used to catch almost all the fish but haven't done it for a while now. G doesn't eat much fish unless its in fingers or cakes and they're kind of hard to catch......

You make me laugh - by the way folks, he didn't mention the previous 5 nights of my dinner making and not from packets - all from scratch! ha ha G

I appreciated 'Anonymous' comment :) I love summer and the fact that my husband takes full command of the barbecue on his days off, because that's honestly the only real time I get any help with dinner. He rarely even makes it home in time for dinner during the rest of the year.