The start of another week 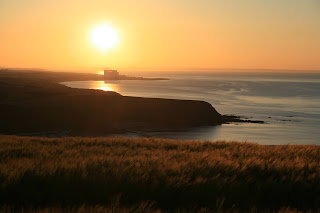 Well all went well with the first of August celebrations on Saturday evening. The lovely G planned the evening out and her two brothers and wife and girlfriend { what is the simple pc way to say that?} came with Leen and K staying over and T+T heading back home to see to their kids, who at 18 and 16 must have had their plans for a parent free Saturday night spoiled in all probability. Its one of the few pleasures left for parents I imagine. We had the table decked out with Swiss tablecloth, napkins, placemats and even had some traditional paper lantern 'lampiones' with real candles swaying outside the patio doors - even if it was too windy to go the whole hog and light them. We even downloaded some Swiss music { definitely no yodelling or alphorns thanks very much}. All very twee but a good laugh as its not taken too seriously........

We had Raclette using the rarely displayed Raclette set brought all the way from- UM - Edinburgh now I come to think of it. We have only used it a handful of times so it was good to do it again. A Raclette set is basically a table top cooker with a communal hot plate/griddle on the top and individual cooking/grill slots underneath where you put whatever you fancy into a metal spatula type affair and grill it to your liking under the hot plate. Raclette is the name of the melty cheese you are supposed to use in the dishes but it can be hard to come by especially up in rural Scotland so I used Tallegio instead which turned out to be a very suitable alternative.

So we used whole boiled baby potatoes, cheese, onions mushrooms bacon, ham, and peppers with various pickles and other nibbles to go along. We polished off a few bottles of good wine and had such a great time chatting around the table that we stayed in the dining area for most of the night and only when T+T went at about 11pm did we move to the lounge. Its a very kind of retro meal I suppose in a 70's flairs and fondue kind of a way but we were introduced to it in Switzerland many years ago and we kind of like the kitschy feel to it and its a bit of a laugh.

We finished the meal off with one of G's fabulous Bircher mueslis, bursting full of fruit, yogurt and a touch of cream and oats. Just the absolute dogs do dahs.........

After a late night it was a late brekkie too with just some simple bacon rolls and the last of the Bircher muesli. Then Leen cycled back home {50 miles} and K followed on after with the car.

G and I took ourselves off to the Riverside bistro in Abby St Bathans late in the afternoon for a quiet drink and a wee walk along part of the Southern Upland Way. Not far, just enough to loosen up and get the kinks ironed out a wee bit. Then we had a quiet night in to get G ready for another week of pure slog at work.

Today I have been surfing the job sites as per and getting a couple of applications ready. When I have them complete a contact who vets applications for the police is going to give them the once over against the selection criteria and give me some feedback so I can hopefully iron out any issues before the application deadlines at the end of this week. In the late afternoon I drove through to pick up G from the office in Edinburgh and we went to the Filmhouse on Lothian Rd to see "Fermats Room" in a lovely little cinema which looked like it only sat about 80 people. We had a drink and a light bite in the cafe at the filmhouse before the show which was nice but expensive. Still, look on the bright side - at least I qualify for concession rates for the films as I am now one of the great unwaged.

The film was ok but as usual I struggled to stay awake. Honestly put me anywhere dark and warm and I am going to be nodding off in about 15 minutes. Its really frustrating when I cant sleep at night even when I'm completely knackered.