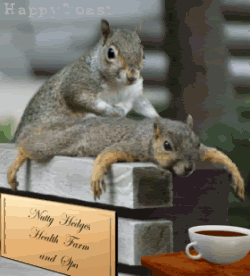 I'm sure everyone can think of a time where something has gone wrong, a mistake made and instinctively, instantly as soon as you find it, you 'fess up', stick your hand up and say 'OOPS! look what I've done, silly me, hahahaha'. I know I have, {yes darling,more than once} and have suffered the consequences, or more usually just the embarrassment, the red face of shame and stupidity. These events are part of being human, we don't get it right all the time but generally we don't either do things maliciously or even, heaven forbid, with criminal intent. Some things of course can be ignored but when there is a real impact then it's generally better to face the music and move on.

So I was surprised today to be attending an interview concerning my 'fraudulent' application for unemployment 'benefit' of £64.50 per week. I had been advised that I had been subject of a 'report' of claiming benefit while I was in paid work.

Now this 'report' I knew about. And I knew all about the suspected 'incident' too. After all it had been me who had turned informant and did the sticking up of grubby paw with a red face and an apologetic smile.

What was it all about? Well when I was being made redundant I was given a letter stating what my official leaving date would be. As my employer had not taken into consideration my highly inconsiderate taking of due, notified and planned holidays during the {ahem} consultation period, they had to extend that by one week and I was issued with another letter with a date a week later. Then, me being the awkward little customer that I am, I found out that I was entitled to move funds from redundancy to pension {blissfully tax free} and asked my employer for details. Cue sharp intake of breath, numerous humming and hawings and a further delay of a week while they punched calculators and computers and checked legislation to make sure I wasn't trying to have them on. This inconvenience of course resulted in letter number three being sent with yet another date stating I would definitely, categorically and absolutely be being waved bye bye and the big door locked behind me on this stated final, final date. It was almost, but not quite, a tablet of stone.
Of course, what they said would take a week took 5 {see, they should never have got rid of me - my job was to find ways around blocks and do in a week what should have taken them five anyway.} and after exhausting themselves they never sent any more letters to me, but resorted in telling me by phone on a weekly or fortnightly basis what actual leaving date they could see in their crystal ball at the time.

Foolishly, in a moment of weakness I must have believed them at one point and I had started my claim for unemployment benefit. By the time that I realised that they hadn't yet actually made me redundant I was in my second week of receiving benefit. Here, I hold my hands up again. I SHOULD have realised it hadn't actually happened. My fault and I accept that. 100%. That I was trying desperately to come to terms with reality/trying not to be stuffed yet again by my employers/starting numerous insurance claims and an unfair dismissal fight genuinely doesn't let me off the hook. What can I say? I am only human and mistakes happen. There was no malicious or criminal intent, so I did the right thing as I saw it and went to see my friendly government dept and told them what had happened and that I wanted to fix the problem. The nice lady was very helpful, made all the changes to the computer system and also let me know that it was technically an incorrect claim on 2 weeks benefit and that she would have to report it through the normal channels. I said I didn't have a problem with that, and I was sent on my merry way after being told that they would be in touch if any repayment was needed etc. After all, the benefit I receive is only for 6 months and its best if its the right 6 months. Of course at that point I didn't know I was still going to be sat here nearly 6 months later.

A couple of months pass and a letter drops through the door between postal strikes saying that they have received a 'report' that I have been a very naughty boy and have been caught claiming benefit while actually being in paid employment. Well, I couldn't really argue the toss on that, could I? The letter also stated that I was overpaid to the tune of £89.00 which may or may not be claimed back and would I please contact them to explain myself or any extenuating circumstances, or if I was denying the claim and so forth. In reply I sent them a nice letter and copies of my redundancy notices saying I was a complete prat and had made a mistake, gave them the circumstances and advised them that it had been me who had reported the error etc etc etc.

Another couple of months passed and I received a letter saying they wanted the 89 quid back and were going to take it back by reducing my benefit on certain dates. I thought that was fair enough but my lovely G said I should just contact them and make a payment. Good advice and I should have taken it at the time, but I was in a procrastinating phase and didn't. Me being me too I completely forgot until a second letter came in about 6 weeks later reminding me of the dates and that triggered me to call them and to make payment. Job done, you would think. Initial mistake identified and owned up to, information passed and full repayment made.

Well no actually. Last week I got a letter asking me to attend a meeting to discuss my 'fraudulent' claim, which I did today. I took all my letters from my employer etc. At this meeting I was given a formal caution that what I said was being recorded and would be used in court as evidence should the case progress to a criminal case. I found that my case had been allocated TWO workers and they had over the last several weeks been in contact with my previous employer getting wage information. {remember this is for £89 which is no longer outstanding} I was then questioned and made to sign a copy of the recording for their files! I was nonplussed. All the more so as the senior investigator openly said that she had no idea why this low value case was being investigated in this way - although they had no record of either my initial reporting, which they had logged as an anonymous tip off, or my letter of explanation - but as the case was in process they were legally bound to complete it. They listened to my short explanation, looked at the letters from my employer and ended the recording and interview. Once the tape was off they apologised for wasting my time and made various references to a new manager, crossed wires and red tape.

I couldn't make up my mind whether I should be furious at the personal affront, furious as a taxpayer {temp excluded due to circumstances beyond my control} or pee myself laughing at the absurdity of it all. During the interview I was all three by turns as well as annoyed and embarrassed that my simple mistake had escalated to this state of affairs. What a waste of time, money and resource. If they gave me a job I could probably fix that for them.

Strange thing is they would never have been any the wiser if I hadn't been honest and upfront about the situation, become 'an anonymous source' and grassed myself up. What is it they say about honesty being the best policy..........

I came home tense, in need of a strong coffee, a massage to get rid of the tension knots that had built up and thinking the whole situation was nuts - in case anyone is wondering about the connection to the picture heading up the post!

I think it sounds all too familiar in that the left hand doesn't know what the right hand is doing in so many large companies in the UK right now. BT is probably the best example to quote, but I dare say it is endemic throughout the country. People working there, don't give a t*ss about the job, slapdash, careless and not listening or paying attention. When I was in paid employment such a lacksadaisical attitude would have ended with you being given your cards . . . As you said, it doesn't pay to be honest (and they couldn't even get their damn facts right - you told them but they claimed you'd been reported). For heaven's sake - let's hope they learn from all this, having recorded the proceedings . . . Stand up, Honest John!

It would be funny if it wasn't true.