A Taste Of My Life 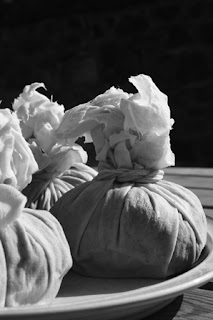 I think its interesting how often when you meet people it centers around food or drink. A party, a dinner, a visit to friends or relations, a working lunch or what ever. I often find that conversation too will turn at some time to food and favourite dishes, restaurants and the like. Food and memories of food also can trigger some powerful memories and emotions, especially when it comes to special times, Christmas, New Year or Easter when family will traditionally draw together for a celebration and a meal made and shared with love. Its a powerful draw and the glue that holds families together or re-establishes, reaffirms the strength of kinship and family. Its one of the most important things we can share together.

So it was natural to experience this when my lovely G and I recently visited with Uncle Bill, Dads younger twin, and his wife. They live several hundred miles away in Melton Mowbray, Leicestershire and due to distance we have not kept in touch with the frequency that we should. Dads passing earlier this year brought this sharply into view and as is often the case in situations like that, promises of closer contact were made. So far this has been held with regular phone calls and a visit to us by their daughter Elspeth and her husband Dave to stay with us for a great weekend which let us show them the sights of auld Edinburgh. So it was nice to go and spend a few days with Bill and Margaret at their house in Melton, to meet the family down there once again and to spend time reminiscing, as elderly folk are wont to do about things past.

We talked about shared memories, of Grandpa Robertson and his incapacity from WW1, and the care given him by Gran Robertson, and Dad, over many, many years, the involvement of family and the way we all would gather at that house for key dates and share those special times and meals, sometimes in what were very austere times.
Aunt Margaret revived memories of Clootie Dumpling {Cloth Dumpling} a steamed pudding made in vast quantities and cooked in a 'cloot' - a cloth or more often a cotton towel. Steamed for what seemed like ages, sending its spicy aroma through the house as it dried sat carefully unwrapped, watched and turned occasionally on the hearth in front of the coal fire. A dish for mass catering and exciting to wee boys for the thruppence and sixpennies that Grannie would hide inside it wrapped in small parcels of greaseproof paper. During this Aunt Margaret went to the kitchen and came back with a page of loose leaf paper.

'This is your Mums recipe. I don't know if you have it or not'

Have it? I had almost forgotten the whole thing.

'She actually made a much better dumpling than your Grannie'

Such things are jewels drawn from the memory of others, lost from or more likely never in the knowing of wee boys. Inconsequential and treasured in equal measure.

MIX ALL TOGETHER WITH MILK TO MAKE A SOFT CONSISTENCY.
PUT INTO A DAMP FLOURED CLOTH
TIE WITH STRING LEAVING ROOM FOR EXPANSION
PLACE IN POT ON TRIVET IN BOILING WATER FOR 1 AND 3/4 HOURS
KEEP PAN TOPPED UP WITH BOILING WATER
REMOVE FROM WATER AND CAREFULLY PEEL CLOTH AWAY FROM PUDDING.
ALLOW TO DRY TO FORM PUDDING SKIN IN OVEN OR FRONT OF FIRE

slices of leftover pudding would often be reheated and served the next day, even fried as a breakfast accompaniment.

Some of my best memories, include food. Certain smells like cinnamon and peppermint always make me smile. Nicely written,
Kat

Welcome to the blog. I hope you continue to enjoy it. Dont be shy joining in. Its good to hear what others think.

Words that speak to my heart. There's nothing like the closeness formed around a table.

My grandmother died a few years back but Alzheimer's took her reason years before. She lives on in her recipe for Funny Soup.

Thanks for helping me remember that.

Thanks, and your welcome.