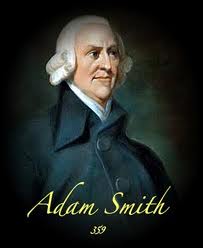 It's now a few days since the govt released details of its spending review aimed at reducing the national deficit and getting the countries finances back on an even keel. The Chancellor George Osborne went to great lengths to make sure that the country got the message that the situation was bad,that something was being done to reduce the deficit urgently and that the measures being taken were fair to all parts of society with everyone paying their fair share. During the hour he took to explain the outline of the measures he used the words fair or fairness repeatedly, over twenty times in fact.

But listening to it all I was struck by thoughts of justice and fairness, particularly about the fact that what is just isn't always fair and what is fair isn't always just.

Now the dust has begun to settle and proper analysis has begun it's become obvious that what many feared has been enacted and it is the poorest sections of society who are bearing the greatest burden. The Govt is making much of the fact that it is the highest two percent of earners who are most heavily hit but have not mentioned the fact that it was actually the previous Government who put these measures in place.  Every Tory or Lib-Dem political interview I have heard - and there have been plenty over the last couple of days has also trotted out the "this situation has been inherited from the previous Govt" line. At it's most basic level this is true; the situation was there when the new Govt took office. However the situation arose over a much longer period as part of a global banking crisis and the action taken to support our banks and prevent them from collapse - which is the reason why finances are in such a state -was debated and agreed by all parties as being the right thing to do, as was the defence spending which was a cross party decision.

Sadly the Chancellor took another £7 billion from the welfare budget which is there to support the poorest parts of society - after already having reduced the welfare budget by £11 billion - therefore hitting this poorest, traditionally non Tory-voting sector hardest. Affordable housing investment is also being reduced by 70%. There is no doubt where that is going to hit . More families trapped in the poverty trap. But did the Govt need to hit this sector for the extra £7 Billion?  I think it should have come from the banks and from the middle class sectors least hit by these measures. Alternatively what difference would it really make to the lifestyles of highest earners if the impact on them went to 6% or 8% or even 10%.

It appears that the vast middle income -and significantly more Tory-voting - sector is being hit the least especially after the furore they kicked up about potentially losing the child benefit. The odd decision finally implimented to remove this benefit if there is a high tax bracket earner in the household means that families with two incomes just below this threshhold can still earn in excess of £85k per annum and qualify while a single income household of £45k a year won't as that income falls into the high earnings bracket. It's one example of what the Government considers fair. {It would be more fair and just to set a total household earnings threshold to avoid such an anomaly.} The Govt decided not to reduce the final age of qualifying for child benefit to 16 as planned but to leave it at the current 19 years after significant rumbles of discontent from the middle classes. This reduction would have saved how much?  Yes, that's right, £7 billion, same as subsequently taken from welfare by the additional hit.  The Govt will also keep free bus passes, free TV licences and winter heating subsidy for all over 75's regardless if you live in a damp hovel or in luxury, if you have a retirement income of £10k a year or £500k a year. Wouldn't it be fair to remove these benefits from any household with a retirement income of over £20k a year and save this waste or give a free bus pass to the unemployed to encourage them to look wider afield for jobs.

Who pays most-June 2010 budget and spending review combined
Now the independent 'Institute of Fiscal Studies' has weighed into the argument saying the poorest are indeed unfairly shouldering the biggest share of cuts, but despite this august body being regularly used as a think tank and sounding board for Govt financial decision making the Govt says they have their figures wrong and the Chancellor's figures are correct, that choices made are fair to all.
It's interesting to note that the 'unwarranted' bank levy, set at just £2.5 billion, pales into insignificance with the £7 billion bonus' the banks have awarded this year and that as stated in my last rant - sorry - post - banks have been allowed to offset losses of £19 billion from the last two years against future tax over the next three years. In my view while this may help banks stabilise further, it should be a temporary measure, a deferment, repayable within 5 years and there should be further penalties if banks do not - as it would appear they are failing to do - make cash more freely available for small business'
So is this spending review fair? Perhaps - depending on your perspective. Is it just? Absolutely not. Does it penalise the poor who predominately vote against the Tories and who have no financial buffer while protecting the middle classes and traditional Tory heartlands. Absolutely yes.
Will it solve the problem?
We'll just have to wait and see
at October 24, 2010

Al - don't get me started! You sum things up so well, as usual. If this was France, I think the bankers' corpses would, by now, just about be dropping, rotted, off the gibbets. We seem so supine as a society...

I predict a resurgence of angry punk rock music. Making the poor and elderly pay for the mistakes of those with borrowing power is never a good idea.

I never thought of that Rebecca. That would be no bad thing.