My father served in this squadron. These posts follow Sqn operations from Jan '45 to the end of hostilities in real time.

The target selected for March 15th was the Deurag oil refinery on the N/E outskirts of Hannover. 10 aircraft were detailed to take part, but a serious engine malfunction in PB 642(P4-W) prevented it from going. Although favoured by good visibility and accurate marking, the main weight of the attack fell south of the target. Some degree of heavy flak, in moderate barrage form, was encountered. 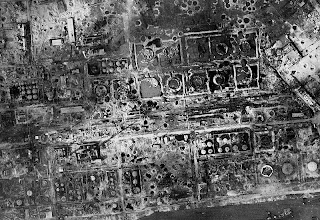 There are many incredible stories of incidents which took place during air combat where survival outside of the odds was recorded and this raid provided one of the most bizarre incidents of any squadron's history. Approaching the target in the usual manner at the controls of NG 488(P4-2ndA), F/O Ted Parker suddenly found himself in mid-air - no aeroplane, no crew, nothing apart from his seat type parachute. In some inexplicable manner, his aircraft had disintegrated, projecting him into the night sky, but Ted was never able to explain the cause. There had been no warning of an approaching fighter nor any indication of flak - one moment he was flying his machine the next he was all on his own in space. He landed by parachute, evaded capture and arrived back at Scampton on 7th May. None of the rest of his crew survived. 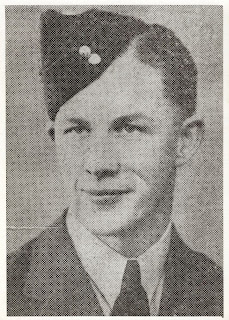 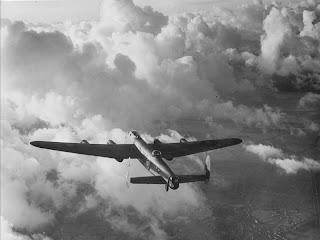 my relation was on this flight PO J.J Nevens

Hi Keith,
Thanks for commenting. If you have a photo of your relative I'd be happy to add it to this post as a mark of respect and remembrance.