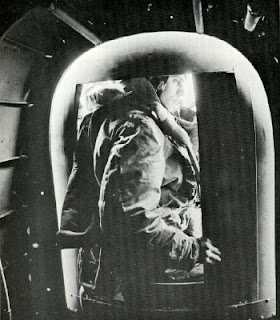 A Tail End Charlie Gets into Position

Continuing the story of my late Dad's Lancaster Squadron From Jan 45 to the end of hostilities in May.

The 13 crews attending briefing on 14th April could be excused their excitement on realising their target was to be Berlin. It mattered not that they would actually attack Potsdam - a pleasant suburb of the German capital - Berlin would appear in their logbooks. In fact, this was the first time since March 1944 that 4-engined Bomber Command aircraft would enter the Berlin defence zone. It was also the last - Russian troops would be fighting in the city's eastern approaches on 18th April and would completely encircle it by the 25th.

Clear skies east of the Rhine ensured ready identification of the target - nominally barracks and railway yards - and aided by accurate Pathfinder marking, combined with the absence of night-fighters or serious flak, bombing proved devastating. However, some crews could not resist the understandable temptation to deposit their bombs on Berlin city itself. 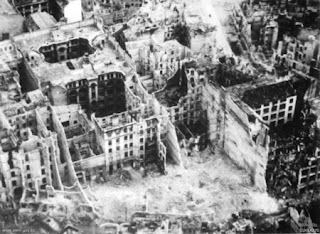