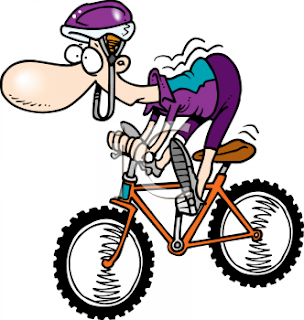 I guess I'm at an age where I get annoyed more easily than I used to. Like when I'm trying to type and I hold down the shift and letter but still don't get the capital i was looking for........

But, you see, I can accept that this is because of me, call it dyslexic fingers or whatever. Frustrating as it is I can go back and I can fix it, and thank God for spellcheck. Ok at my age I forget as often as not and have to go back and edit after posting, and as the lovely G is all too ready to remind me, my spelling was never perhaps as fantastic as I thought it was.

But dear bloggy, I digress.

There are some things that annoy me that of course I cant change and as I get older the impact of these seems to be getting bigger too. And perhaps the MOST annoying is driving. Oh I know I'm getting older and roads are busier and cars are faster etc etc etc.But I'm not that old and until recently I was driving between 40 and 50 thousand miles a year.
When dad and my brother taught me to drive, they made sure that I learned to read the road and anticipate what other drivers were going to do. That also let me read what needed to happen and to adapt and accommodate that in my driving. I learned to be considerate too and that's what is so lacking these days.
Why do so many people think its ok to drive in the fast lane all the time. It gets other drivers frustrated and likely to resort to dangerous tactics like tail gating to get the front car to pull in or to use under taking to get passed via the slow lane. Its so dangerous, unnecessary and so frustrating.

I admit I have used the slow lane to pass an non mover - its illegal in the UK to do this - and what happens? As you pass, and I normally do this quite slowly in case they do decide to move over, they bloomin well speed up and you end up havin a race to get past. Whats it all about. Its not as if I haven,t been behind them waiting patiently for them to pull over for a couple of miles. Its not as if I haven't given them a quick - and non aggressive - flick of the headlights from behind and some more time to pull over. And, its not as though I expect them to move over if there isn't loads of room. Really! But will they do it - will they heck!

One of our friends - a girl - refuses to drive anywhere on dual carriageway other than in the fast lane as she is convinced the inside lane is only for lorries and buses etc, despite being told otherwise. She normally has her small child in the car and never drives above 50 mph, even on motorways, as she gets scared. Scared is not the word. SCARY is the word, and downright dangerous. How on earth did she ever pass a test. I asked once how she felt about queues of traffic behind her and horns and lights being used etc. She admitted it did happen but didn't see it as being her problem, rather the other road users. In 3 lane motorways like many car drivers she uses the middle lane, again regardless if there is a completely empty inside lane available. Gobsmackingly stupid or what. Yet, in every other way she is a really nice and perfectly sane person.........

I actually think that what she is scared about is being able to pull out of the slow lane back into the fast/middle lane to overtake when she would have to and because of that she is in denial of the rules of the road.

This lack of regard, consideration and respect for other people is also to the fore in town with cars being blocked in or prevented from exiting from a parking place, cars are parked almost literally bumper to bumper or roundabouts are completely blocked by cars which cant get through but refuse to leave space so the traffic travelling in the other direction can go when the lights change.

And for what? It makes no difference to journey times but just increases frustration for everyone and promulgates similar behaviour in others. Result? Gridlock.

{ Hi honey, I'm home three minutes earlier than I would have been. Yes, good day thanks. I pissed of dozens of other motorists! }
In town cyclists - ok not all of you by any means - and invariably not girls- guys PLEASE note - ignore red lights and routinely ride on through or resort to riding on the pavements and among the pedestrians to get around the lights.
Last week, walking in town, I was almost flattened by a bike as I crossed at lights. A clear green man and yet a cyclist sped through. A quick step back and I got a shout and a flash of an angry face from the cyclist as he rode past.
That's right he thought I was in the wrong!. Why is that people nowadays always think they are right, or maybe more correctly deny that they could be anything but right. just because they are who they are. { Sounds like X- Factor syndrome again }