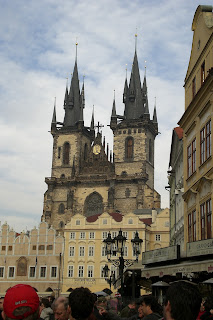 Well, that's us back from our few days away to Prague where my wife took me for a surprise birthday treat. Although she had been before I'd never seen it and was left reeling yet again by a beautiful city. It's strange but given a choice I would probably never choose to go on a city break but would rather choose to be out in the country somewhere yet, every time my Lovely G has taken me to a city I've completely fallen for it. Maybe depite everything I said in that post before we went I'm easy to please in reality, but I don't really believe that either. The only explanation I can find is that she takes me to some simply stunning places.

As usual I took loads of photo's - hard not to in a place like Prague - and came back with a camera - and a mind - full of memories to treasure until hopefully I can go back again. It's a place full of charm and with a photo opportunity round every corner.  Again as usual I spent lots of time people watching, usually from a cafe with a drink near to hand, and as usual I came home with lots of studies of people. I did this at the recent wedding we were at - which I've still not posted about {but I will} and several people have commented how good some of them are. One of our pals - and a fellow guest at the wedding - showed them to one of her friends who is getting married soon and she has approached me to do the photography at her wedding. { that would be a stresser!}

On day one G had pre booked a tour to the castle above. { castles are a favourite thing of mine} Being so early in the season we were the only people who booked that day so we ended up with a tour guide of our own. Tony was a nice guy and gave us a great start to our first day out and about as well as some tips about places to see. 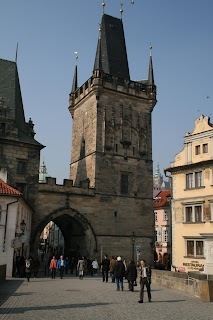 ﻿It was odd to think we were walking the same streets as Dvorak, Smetana and Kafka seeing sights that Mozart had enjoyed when he stayed here too. Every turn in the street brought you to another view or another small square where people listened to a street performer or sat in cafes to rest weary feet and let the world simply pass by. 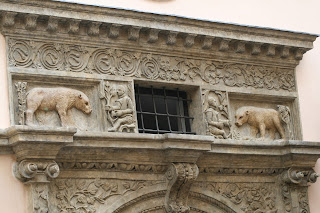 Some of the houses were decorated with incredible doorways and much of it very well preserved.﻿ 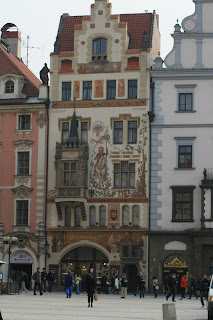 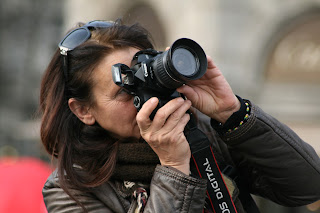 A Snapper Tries A Shot 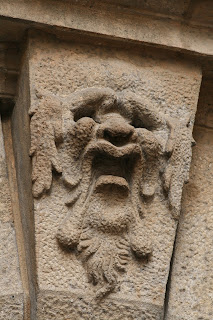 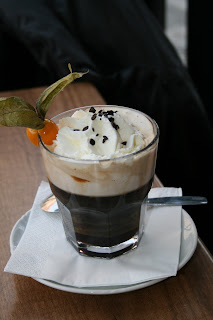 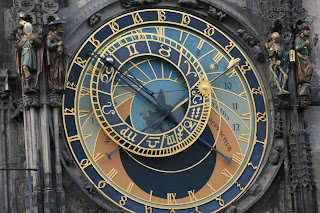 The Face Of The Astronomical Clock 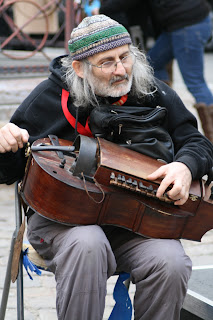 This old man had a hypnotic, yearning voice that perfectly fitted the sound of his 'hurdy-gurdy' as I would call it 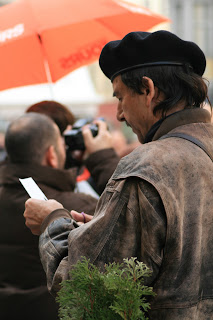 A Paper-Cut Artist at Work 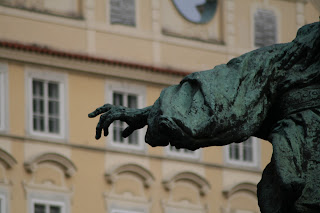 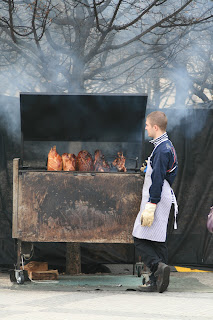 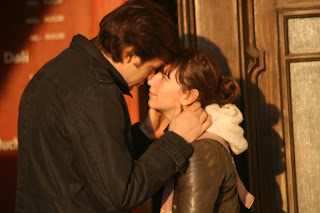 The Look That speaks Volumes 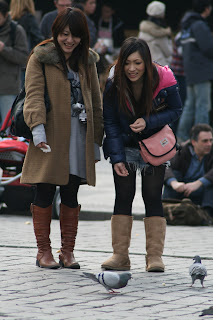 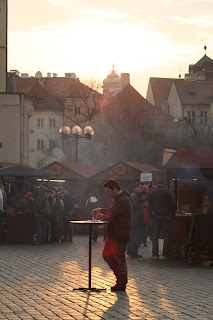 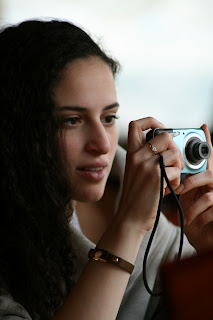 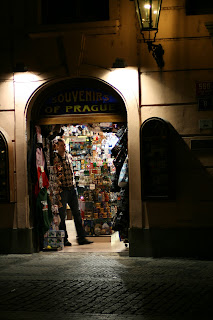 Late Night Opportunities
The weather was great, the food was good, drinks were cheap and the whole town had a lovely feel and a real buzz to it even though the tourist season was just starting. I have to admit I'd hate to be a local and have to share it with all the tourists that must come at the height of the season. At least with Edinburgh the peak time is the festival and that's over in three weeks.
That makes it more bearable I think.
See you later.
at March 19, 2011

Your photos are wonderful, Al. Thanks so much for sharing them. Prague is one of those cities that would be wonderful to visit. My niece was there for a short time last year, and was blown away. I'm so glad its lovely buildings remained intact during the war, too.

Hurdy-gurdy...I had to research that. My friend Carmen went a few years ago and she loves that city like no other. Glad you had such a great time.

It's not called the most beautiful city in Europe for nothing.:)

Rebecca - It's so lovely. A small part of it was bombed by mistake by the RAF during the infamous Dresden raid when bad weather and bad navigation drove some aircraft far off course and they thought they were bombing the right target. Thankfully the damage was relatively light.

dbs - I can understand that. I would be happy to go back anytime.

Antares Cryptos - I can well believe it.

Fantastic photos! I've never been to Prague, but my daughter has and absolutely loved it. She loved the people as well as the place and says it has one of the nicest youth hostels and best bars in Europe!

Glad you enjoyed it Alistair, it is a lovely city. Great photos.