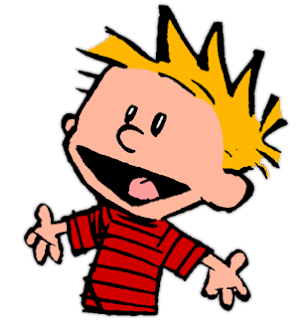 I would just like to send a message of congratulations to my old mate Sir Fred Goodwin, aka 'The World Worst Banker' and ex boss of Royal Bank Of Scotland on his new job as a senior consultant with architect firm RMJM.

Good on ye pal! I never even KNEW that you were a wiz at architecture!

Its great to see that having, like me, to leave a job you had done and enjoyed for a number of years that you have been able to overcome the general lack of job opportunities in the current market and got a nice little earner tucked in your back pocket. I'm so jealous of you, ya wee rascal.

Its great too that this job will mean you travel the world for a couple of weeks a month and still earn enough that you don't have to touch your pension of £343,500 a year. {I never thought by the way that you got enough credit for taking a reduced pension when you were 'entitled' contractually to the full £750,000 a year. God bless ya Guvnor}

Its nice too that you will be working for the firm where one of your old mates, Sir Fraser Morrison, is Head of Operations, so that you will have a wee pal to play with and to talk to. Don't let anyone play with your calculator this time. Saying 'it got broken' isn't an excuse to use twice.

And Fred, don't you listen to those nasty people left behind at the RBS who say that its ridiculous that you can do this when so many of them have been made redundant and the rest have had to take a 10% pay cut. Some folk can be SOOO petty. And anyway a few of them will be getting bonuses of over £500k so boo hiss to them.

Just don't you listen and away and have fun wee man.

Don't forget your sandwiches.
Write to me sometimes.......

Don't think I'll commission any architecture from this guy. I don't want my house collapsing like a pack of cards. I try not to waste my time and energy getting angry about people like Goodwin, but I despise him and people like him. I have no problem with people being very well rewarded for doing a good job, but these payouts under these circumstances make my blood boil.

Don't be so hard on ma wee pal. It's not his fault his mother was scared by two short planks when she was pregnant with him. And at least its -1 on Gordons list of unemployed benefit scrounging layabouts.

Well written Al ,,,,with a lovely Mark Anthonyesque passion .,., You buried him pal ! Keep up the good work !
El Scud ( You'll notice I've taken on a little Spanish/ Basque look now that my newest grand-daughter has been named ! )
Did I introduce her yet ??
Would you believe Amaia Pernilla ???
No, not joking .,., parents both language nerds !!