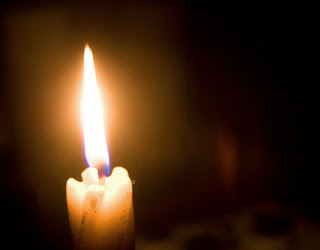 After leaving the house last night we headed down to Dunbar to visit our friends J+M. M, who is a lorry driver, had an accident at work on Tuesday morning while he was taking delivery paperwork into a warehouse some 50 miles away and ended up breaking his ankle and his leg slipping and tumbling on an access path in the delivery yard which hadn't been properly cleared of ice after the holiday closure. Although he's in a lot of pain and plaster from toes to hip, at least he was within easy striking distance and I was able to take his wife and collect him on Wednesday as he was determined to get out of hospital and be home for New Year. {typical Scotsman!}

Often he is long haul and spends most of the week away so either it was fortunate his accident happened close by, or conversely unfortunate that he wasn't somewhere else altogether. He is probably going to have to have rods fitted to set the bones correctly but in typical NHS fashion, they are trying the cheaper 'set in plaster' option first to see if this will work. The hospital were unusually amenable to him leaving so soon, perhaps as he lives in another region and they did not want to have to pay for an operation which would normally be carried out in his home area. That's reality in modern UK medicine, I suppose.

As we left for our visit there was ice and remnants of snow aplenty frozen on stones and pebbles in the drive covered over with a recent light smattering of fresh snow. It was enough to make me think that perhaps I should be driving, {control freak} but not enough that I could face trying to prize the lovely G from the drivers seat of her new car as my heavier, diesel engined Toyota had been further up the drive at the side of the house. Leaving the end of the drive the village road was snow covered and obviously untreated but G confidently handled the car out of the village and onto the A1 in the direction of Dunbar. I relaxed as I saw that this, the main road to England and the south on this side of the country, had either been recently treated or had been previously salted and gritted so well that the recent snowfall had no real impact combined with the heavier traffic. The road was clear and obviously in decent order. Traffic too was mercifully light as we gently picked up speed for the 8 mile trip. Just over halfway, past the junction at Innerwick there is a slight incline where the road becomes dual carriageway and at this point snow began creeping across the outer lane. Just where this happened was perhaps the worst section of black ice I have ever come across, perhaps as moisture ran down the incline, but for the next mile the whole road was an invisible sheet of pure ice. Luckily it had been spotted and flashing hazard lights of some cars ahead alerted us to it in time and the lovely G handled it all beautifully, even when the merest touch on the brakes induced a slow motion skid. {I really should stop worrying}

By the time the black ice had petered out so had the effects of snow, even on the road verge, so arbitrary is snow on our immediate coastal regions here, and the road into Dunbar itself was again in good condition, letting us arrive at J + M hale and hearty.

It was good to see him a bit more relaxed - the last time I had seen him he was clearly in quite a bit of pain, no matter how carefully I was driving, as he laid his plastered leg out across the back seat of the car - and we spent some time catching up on the situation, what the local doctor had said and how his employer was dealing with things {a big concern to me after my experience this year} J and I had a wee drink to toast the New Year, G, never that much of a drinker and conditioned over twenty new years with me to be {only at this time of the year} in chauffeur mode, had coffee and we all laughed and ribbed M mercilessly that his master plan to escape hospital clutches and get back home so he could enjoy New Year celebrations had been scuppered by the local Doc prescribing painkillers completely non compatible with alcohol. { For a Scotsman at Ne'erday this is purgatory!}

In the middle of all this hilarity we were suddenly plunged completely into darkness by a power cut, left sitting in blackness so thick you could almost cut it with a knife. We giggled our surprise and over the next few moments of anticipation of a return to light came gradually to realise that perhaps candles would be a good thing. As we were sitting in the kitchen, the natural center of any house, these were quickly found and lit and an air of soft warmth began to glow in our faces around the table. A quick check of the local environment showed us that all was well with the neighbours and the old folks in the retirement block nearby.

Its amazing what effect a power cut immediately has on modern life; phones are off, Internet communication is na-poo, the ambient noise of radio or TV disappears and immediately, quietly, yet abruptly, life is slowed to a gentler, humbler, more reflective, more amicable and intimate pace, an older time almost. Time too, becomes more important, more tangibly real as its marked by the slow burning of the candle itself. Voices quieten, people are more still and a real closeness is brought into the situation, or at least that's how it seemed to me for that next quiet hour spent just chatting in that small circle of golden light of time past before the lovely G and I had to say goodbye and return carefully home, through the dark and its snowy, sleet cold reminder of nature, to a, partly thankfully and yet for me partially sadly, completely lit and functioning modern home and to dinner cooked in a timed oven and eaten in a centrally heated environment. Text communication, being free from the effects of a mundane and mere earthly power cut, kept us up to date with progress, or indeed it's lack, across the hours past midnight until modern civilisation was returned to Dunbar.

It made me think how fragile, and how taken for granted, modern life really is, and in some ways how we are, or find it easier so quickly to be, better people without it. I don't know what you would call it, the Dunkirk spirit, community spirit or whatever. Just that sudden wake up call that its all a facade and in reality what is important is not the technology, not the ease of modern life but the personality, the humanity that's in us all and all around us but remains often and easily ignored or worse, lost, in the frantic day to day reality of modern existence.

It seemed a timely reminder for the New Year to me anyway.

alistair..it appears the region ran out of salt today!,so only the main arteries are gritted..
i get powercuts here sometimes being overhead lines,ok with openfire for heat/hot water..gas stove and kellie kettle,loads of tins and tea candles!,i just go read in the bath!

Power cuts and isolation from "modern life" - We just had a long break in France with no TV, www, radio or papers. Much as I love all of them, life was extremely enjoyable with none of 'em! Greetings to Alistair and his followers, best wishes for 2010.