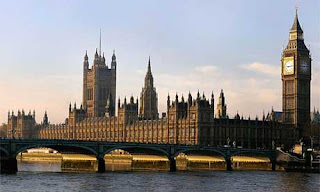 I'm at that awkward, curmudgeonly age where I'm now a fully paid up member of the grumpy old man brigade - and there's nothing wrong with an enjoyable wee blog rant now and again. {More like now, and again, and again and again....} Its fun, its healthy and it's a dashed sight safer than ranting at the lovely G.

So, of course, I'm about to launch into anither one.


I am by turns fascinated, frustrated, infuriated, entertained and revolted by the antics, revelations and weaselly twisting and turning of our democratically elected Members Of Parliament, probably never more so than currently, with the goings on, and the furore, over Sir Thomas Leggs investigation into our {dis}honourable members expenses claims.

Before the report was published, newspapers were full of MP's saying that the amount to be repaid would vary from "negligible" to "less than substantial"

Sir Thomas Legg recommended that 390 MPs, more than half the current and past MPs reviewed, should repay £1.3m. Some MPs say the way Sir Thomas carried out the audit was "sloppy" and £180,000 was cut off the total after appeals. Sir Thomas said the expenses system was "deeply flawed", the rules "vague" and it had been up to MPs to "self certify" the propriety of their claims.

During the collecting and reviewing of the information into expenses our Westminster crew were frantically stepping up to any available journalist or camera crew to effectively say "About time", "Jolly good show", "A review is well overdue" and "The system is far too complicated" and the favourite political soundbite "what the public need is absolute clarity on this matter"

Now its done and some awkward home truths have come home to roost.

MPs had to sign a declaration with each claim saying "that I incurred these costs wholly, exclusively and necessarily to enable me to stay overnight away from my only or main home for the purpose of performing my duties as a Member of Parliament".

In his report Sir Thomas pointed out there had been a "culture of deference" to MPs by expenses officials and "no audit of any kind" of second homes expenses during the period he covered.

"Neither internal nor external auditors could 'go behind the member's signature'," he said. I find that point very interesting.

Lets keep at the forefront of our minds that this is an expenses policy created by MP's, ratified by MP's, conducted by MP's and controlled by MP's. It would seem to me, a wee layman, that they also had the ability at any time, AS MP's, to audit the complexity or effectiveness of the policy, and sorry for stating the blooming obvious, had the power to change the policy if it was felt to be awkward, complicated or ineffective.

The information released about how much is to be paid back is.

£97: Derek Conway (Ind, Old Bexley & Sidcup) two 'limed oak toilet seats'. Also spent £76 on two loo roll holders at Peter Jones in London - come on Deek, you can pick up loo roll holders at any London market for less than a fiver, and we should be paying only 'market' rates surely? And 50 quid a pop for loo seats? Come on man, its not as if you're going to spend that much time on them. Most of the cr** come out the other end. Oh WHAT? - you're a politician for goodness sake! Get over it....

55p: Andrew Selous (Con, South West Beds) claimed for a mug of Horlicks in the House of Commons tea room one evening in March this year. - what, you wouldn't have had a drink if you hadn't been in the house of commons at the time? And, hate to tell you, that price is clearly already subsidised by the tax payer! Or are you just sore at being there in the evening when its interfering with your social life. Why not try to claim unsocial hours allowance on your expenses.........

99p: Danny Alexander (Lib Dem, Inverness, Nairn, Badenoch & Strathspey) bought Mr Muscle from a 99p shop - Danny, get a grip, or don't you have the muscle?

£43.56: James Arbuthnot (Con, Hampshire NE) successfully claimed for three 'Genius 4 piece garlic peeling & cutting set' bought on QVC shopping channel. - what, 3 of them? Thats' a problem right there. No-one's going to want to spend time with you if you eat that much garlic......

£760: Alan Milburn (Lab, Darlington) went on a shopping spree in John Lewis in March 2009 including Nigella Lawson measuring spoons and a Jamie Oliver frying pan. - I can see what you're aiming for here. If you go for quality they'll last a lot longer. Probably longer than your term of office, mate.........

£175: Julie Kirkbride (Con, Bromsgrove) claimed for a Samuel Heath Curzon extending shaving mirror from John Lewis. - Julie, get to a market too. Don't you watch East Eanders for a reality check?...... {you woz dun luv!}

£24: Lindsay Roy (Lab, Glenrothes) bought a Babyliss Salon Dry hairdryer despite having thinning hair. His claim was rejected by the fees office. - He in return rejected the claim by the fees office that he had 'thinning hair.' The expense claim is currently being investigated by an independant tribunal and Gok Wan is due to visit Lindsay soon for a makeover.

The Daily Telegraph also disclosed how Tory grandees have received tens of thousands of pounds to maintain manor houses and stately homes. One claimed successfully towards the cost of a full-time housekeeper with 70% of a salary package of £14,000 a year, along with a claim including £2,000 for clearing the moat surrounding his manor house. Another was allowed to claim for a “helipad” to be maintained. - sorry, what I would write here would be unacceptable for ma wee blog........

In his report Sir Thomas pointed out there had been a "culture of deference" to MPs by expenses officials and "no audit of any kind" of second homes expenses during the period he covered.

"Neither internal nor external auditors could 'go behind the member's signature'," he said.

Perhaps he should look at the report which clearly show that his - minority - party actually have more money to repay from MPs who have overclaimed by more than £5,000. {£343,831 compared to labours £222,639} But perhaps Labour MP's don't have so many moats to clean!

But I'm getting away from the point.

You bunch of wasters - and thats particularly BOTH major parties - have been ears deep in the trough while at the same time condemning bankers for excess in the prevalent bonus culture of the finance industry. Isn't your manipulation of expenses just a bonus in all but name?

Why dont you just PUT UP, SHUT UP AND SIT DOWN.

i really dont know who to vote for anymore alistair...and we should vote..its our right or we shouldnt really complain if we dont...there all as bad as each other!,all problems stem from the top..including our countrys issues!,nice post!, hope the blood pressure is ok now!

On the other hand, if we don't vote:

(a) My grandpa died in vain in Holland, and
(b) You might end up with an even worse set, voted in by organised thugs and the like.

I tend to vote for smaller parties that seem to have some conviction (rather than being worthy of being legally convicted!) - more meaningful in relation to the Scottish Parliament elections as the Westminster system doesn't give them much of a shout! But I don't think they are ALL as bad as each other - some in Westminster did come out smelling of roses!

Politicians, crooks...all the same and looks to be the same in your neck of the woods as mine! Love your ranting, well put :)

it's apalling, no wonder people are so disillusioned. I thought a couple of days before making my posting on this topic, as Ipersonally comment on the (ex) leafder of Essex County Council, a funder of my job, but hey, what the heck! They are very strict about expenses there and rightly so, but what a guy to have at the top undermining it all.

If it helps any, they don't sound much different from politicians over here. Rant anytime, the way you tell it though, makes for good entertainment.
Kat

I too rant like a good-un re these theiving, lying, cheating b*****ds .,., and all of them are at it, whether caught or not THIS time !
But here's a thought I've not seen aired as yet .,., We really don't believe this is a new culture of pigs at the trough do we ?
I want to see the same detailed examination on ALL their expenses for as many years back as there are records ! Certainly a minimum of 7 ,, as would be the case if the tax man were chasing US ! Then let's see who is clean ?
Anyone like to open a book on this ?
Scudder

Thanks for the comments on this post. I had a laugh writing it too.

You can tell when a politician is lying easily enough. If his lips are moving - he's lying...

That seems to sum up most of them.

Shame they're all tarred with the same brush. Theres good and bad in all parties no doubt.

I think it's such a shame that some of our Parliamentarians have made us so cynical of all of them. I did a piece on my blog www.andrewbudd.blogspot.com about the Essex leader Lord Hanningfield scandal. But our local MP, Bob Russell, a guy I have had dealings with over many years as part of my job, and privately, has been dragged down into the mire. He is a dedicated repesentative of Colchester and lives frugally. His expenses were in the bottom 10%, yet he will have to pay some back, having followed the (established and weak) rules and procedures in good faith. I believe he's a good man, and should not be bundled in with those who have been fraudulently living the high life at public expense. OK, I'm off my soapbox!

Thanks for that Swifty. Fair point, well made.